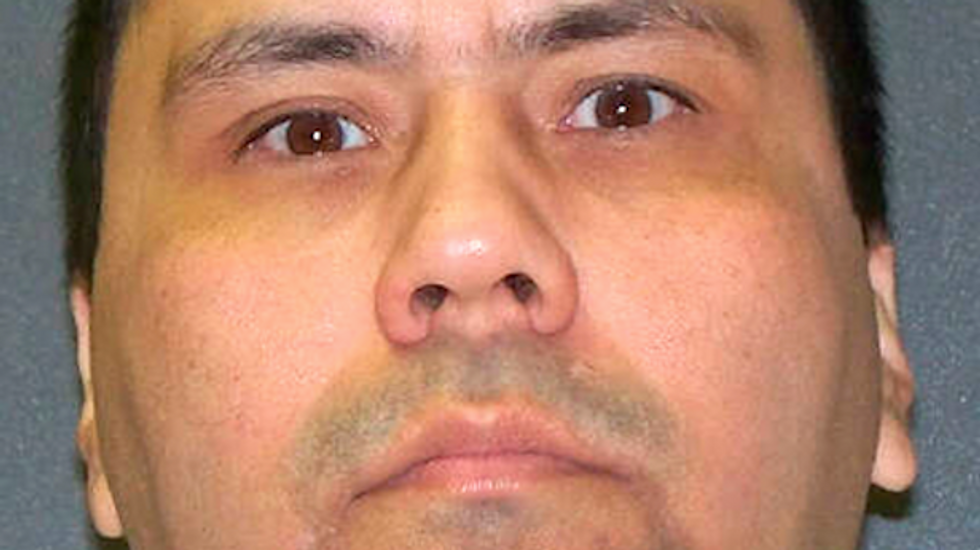 Texas executed by lethal injection on Wednesday a man who was convicted of stabbing his girlfriend, her child, and her mother to death after a cocaine binge in 2001.

Jose Luis Villegas Jr., 39, was pronounced dead at 7:04 p.m. CDT (8.04 p.m. ET) after receiving a lethal dose of drugs at the Texas death chamber in Huntsville, the Texas Department of Criminal Justice said.

"I have peace in my heart and (I'm) ready for the next journey," he said in a statement written before his execution.

Villegas was the seventh person executed in Texas this year and the 17th in the United States, according to the Death Penalty Information Center, which tracks executions.

The U.S. Supreme Court denied a last-minute appeal to halt the execution by Villegas' lawyers, who argued that he was developmentally disabled and should not be executed.

According to court documents, intelligence testing conducted for his defense in February, after his execution date was set, indicated that Villegas had mental retardation. The state argued in part he had strong incentive to perform poorly on the test.

Villegas confessed that the day of the killings he had consumed about $200 worth of cocaine with his 24-year-old girlfriend, Erida Perez Salazar, at the home she shared with her parents, according to court documents.

After her mother, Alma Perez, 51, ordered Villegas to leave the house, he stabbed her dozens of times with a kitchen knife and then proceeded to a bedroom where he stabbed his girlfriend and her son Jacob, 3, numerous times each, according to court records.

Villegas then left the house and drove off in Salazar's vehicle and sold a television he stole from the home to buy more cocaine, according to court documents.

He had planned to return to the house to kill himself with an overdose of cocaine, but tried to flee when he saw police were already there, according to court documents. He was caught by police after a high-speed chase and foot pursuit.

Texas has executed 515 people, more than a third of all executions in the United States since the Supreme Court reinstated the death penalty in 1976, according to the Death Penalty Information Center.