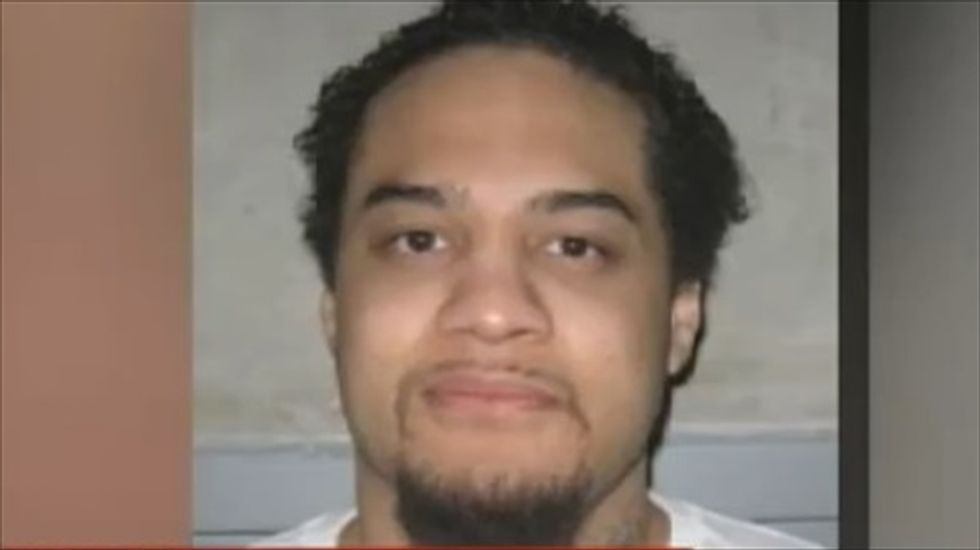 SALT LAKE CITY (Reuters) - An accused street gang member standing trial in federal court in Salt Lake City was shot to death by a deputy marshal on Monday as the defendant attacked a witness who was testifying against him, federal law-enforcement officials said.

Siale Angilau, 25, lunged at the witness wielding what appeared to be a pen or pencil in his hand, prompting a federal officer in the courtroom to open fire to halt the attack, according to Melodie Rydalch, a spokeswoman for the U.S. Attorney's Office.

It is routine practice for federal trial defendants to be unrestrained when appearing before a jury, Rydalch said, and Angilau was not handcuffed.

The FBI said Angilau, who was struck in the chest by the marshal's gunfire, was still breathing when he was removed from the courtroom by stretcher, but later died of his wounds at a local hospital.

By then, U.S. District Judge Tena Campbell, who was presiding over the case, had declared a mistrial, citing the prejudicial effect the episode would have had on jurors who she said were left visibly "shaken and upset."

No one else was injured in the incident, which occurred during the opening day of testimony in the defendant's racketeering trial, Rydalch said.

The identity of the witness attacked by the defendant was not immediately available, but the judge described the individual as a "cooperating witness."

FBI assistant special agent-in-charge for the agency's Utah office, Mark Dressen, praised the response of federal marshals to the attack.

"The marshals did an exceptional job," Dressen said outside the courthouse. "They stopped the threat to the witness. The courtroom was fully secured at that time, and there's not additional threats to the community."

Angilau was the last of several alleged members and associates of the Tongan Crip Gang to stand trial on federal racketeering and other charges. About a half dozen co-defendants were convicted in 2011 and one was acquitted, Rydalch said.

Watch a report on the shooting, as aired on KUTV-TV earlier on Monday, below.