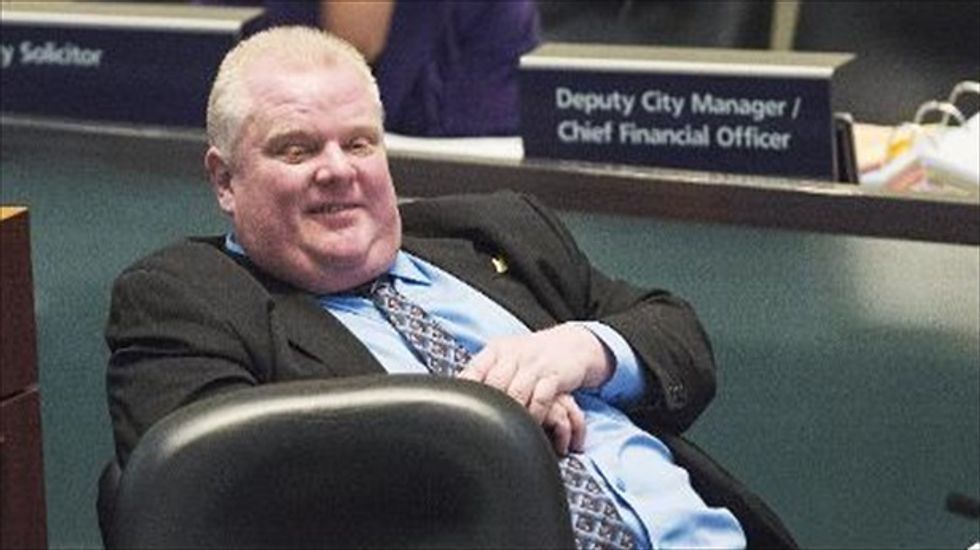 Scandal-plagued Toronto mayor Rob Ford voted against naming a street in honor of Nelson Mandela on Wednesday before later claiming he had cast his ballot in error.

Ford, who made worldwide headlines last year after admitting binge drinking and smoking crack, has been stripped of most of his powers.

But the anti-tax populist still votes, usually against whatever the council is proposing, arguing that it will cost taxpayers too much.

When city lawmakers voted on whether a street should be named for late anti-apartheid icon Mandela, there was one vote against -- from Ford, the Toronto Star reported.

Ford later requested a new vote, saying he had blundered by mistake, the paper said.

Ford retains the title of mayor but Toronto City Council mid-November voted to transfer the bulk of his powers and duties to his deputy, Norm Kelly.

In January, nonetheless, he kicked off his re-election bid.