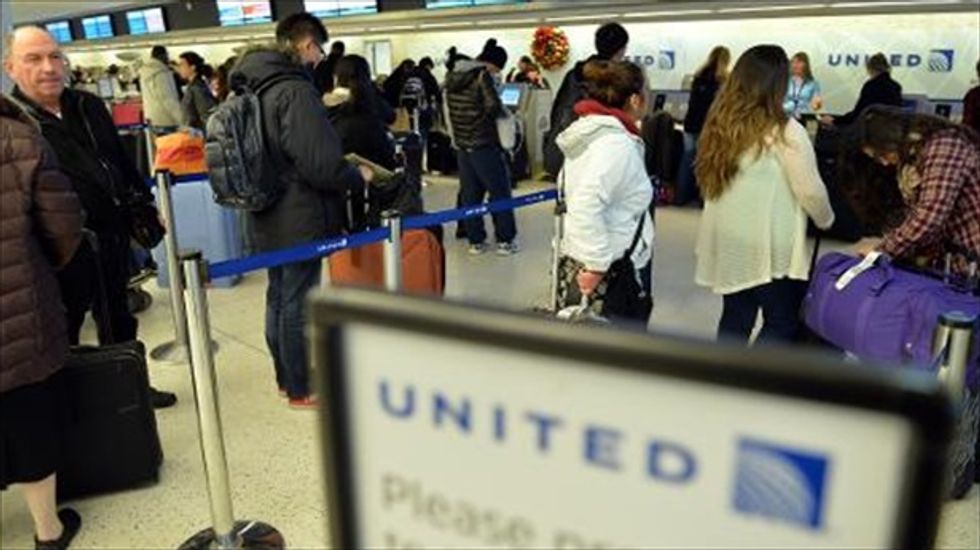 The annual American Customer Satisfaction Index found that airlines scored 69 on a 100-point scale, compared with 75 for hotels and 77 for Internet travel agencies. Though that grade was unchanged for air carriers from the year before, only subscription TV service, social media and Internet service ranked lower among other industries tracked.

The ACSI Travel Index is based on random interviews with more than 7,400 U.S. customers of airlines, hotels and Internet travel websites from October 2013 to March 2014. The poll is the latest of several studies in recent weeks suggesting airlines have room to improve various aspects of customer service.

An annual report from researchers at Wichita State and Embry-Riddle Aeronautical universities found that while carriers overall had fewer passenger complaints, on-time performance and mishandled baggage rates worsened in 2013 from 2012.

The ACSI study found that while airlines got high marks for the ease of check-in and reservation procedures, the onboard experience could be improved. Customers rated carriers low on the quality of in-flight service such as beverages, bathrooms and seat comfort.

"The biggest challenge (for airlines) is the flight itself," David VanAmburg, managing director of ACSI, said in an interview. He said passengers give low marks on seat comfort because flights have become crowded and cramped as carriers look to fill every seat. He said he doesn't expect this trend to reverse since fuller airplanes have helped airlines improve their financial performance.

"It's been a clear trend in the industry in recent years to create cost efficiencies by putting more people on the plane," VanAmburg said.

Hotels fared better than airlines in the index but lost stature as room rates went up. The overall hotel industry ranking of 75 was down from 77 in 2013.