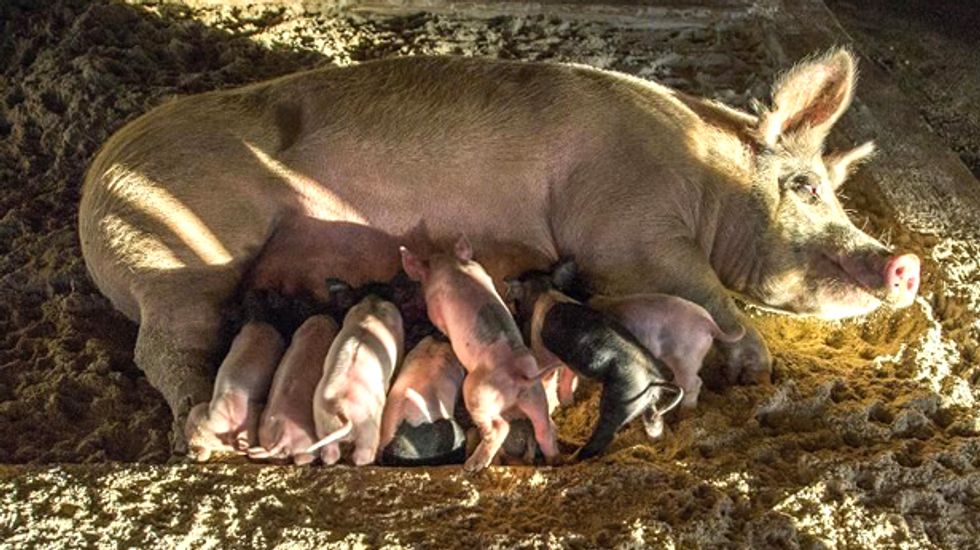 A dark cloud is menacing the cherished US summer season of outdoor grilling: a deadly pig virus that has been sweeping through farms and driving up pork prices.

The porcine epidemic diarrhea (PED) virus was first officially detected in the United States in May 2013. Now it is active in 27 of the nation's 50 states.

The contagious virus is not transmissible to humans and poses no risk to food safety, assures the US Department of Agriculture (USDA). But it causes diarrhea and vomiting in pigs and is fatal in piglets.

Fearing the virus will produce a shortfall in pork supplies during barbecue season, some processors have stocked up their warehouses, sending prices higher.

Prices for pork for delivery in April have soared more than 45 percent on the Chicago Board of Trade since the beginning of the year. On Friday, the futures contract slipped two cents to close at $1.23 a pound (0.45 kilogram).

The USDA does not have official data on the number of pigs infected by the virus. But according to Rich Nelson of the agricultural market research and trading firm Allendale, as many as seven million pigs were hit since last May, or about six percent to eight percent of production.

With some 113 million pigs sent to the slaughterhouse in 2012, the United States is the world's second-leading pork producer behind China.

Stepped-up precautionary measures have been taken in a bid to contain the spread of the virus, such as making sure trucks are spotlessly clean or limiting the number of outside visitors to farms. The virus is expected to become less contagious when temperatures climb.

Some fear the supply of pork products will be drastically reduced during the summer season of BLT sandwiches -- made with bacon, lettuce and tomato -- and above all of barbecues, which are fired up full blast from Memorial Day, the last Monday of May, through Labor Day, the first Monday of September.

"The peak of PED was four or five weeks ago," which means that the worst impact probably will be in June or early July, said Nelson, director of research at Allendale.

"During those months, hogs slaughter will be 10 percent to 15 percent lower."

Even though it is difficult to predict precisely the effect on the prices of ham, chops and sausages in stores, analysts are saying it will be a hog-sized jump. Nelson sees prices climbing as much as eight percent.

"Sticker shock" could be damped by two factors, said Jason Roose, vice president of US Commodities, a grain and livestock investment firm in West Des Moines, Iowa, in the heart of the nation's Farm Belt.

For one, pork producers are benefiting from the lower cost of corn to feed their animals, and are selling fatter pigs that are six pounds heavier than a year ago, weighing 282 pounds on average.

And the second factor is price-point pressure on consumers, the commodities analyst said.

"If some of the pork prices are getting high enough that it compares to lobster prices, you buy lobster or you buy less ribs," Roose said.

Consumers would be unlikely to turn to beef, whose prices have shot up in recent months due to the drought in several big cattle-raising states including Texas.

But there are "lots of substitutes" out there, he said, rattling off so-called "white meats" like fish, turkey and chicken.