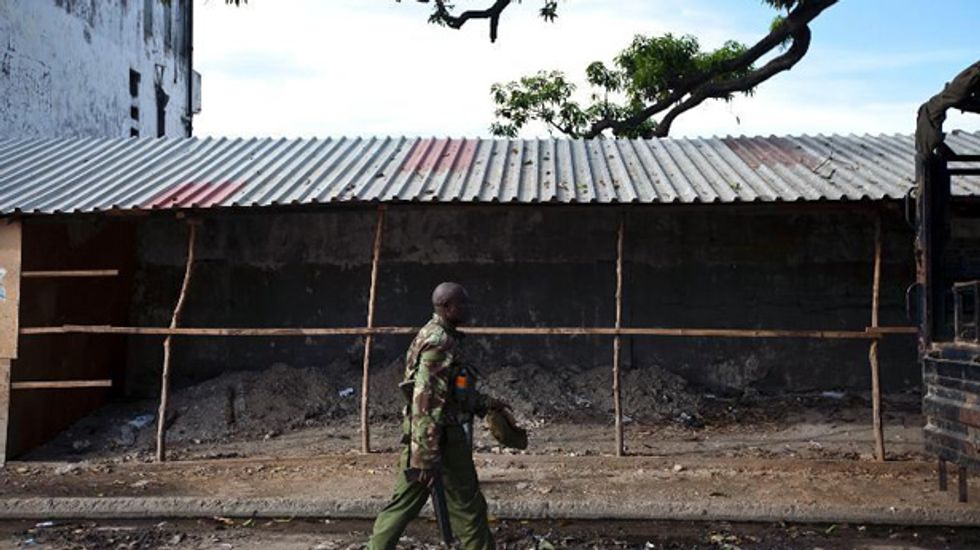 At least three people were killed and several others injured Saturday as Kenya's port city of Mombasa was hit by new militant attacks, officials said.

The Kenyan interior ministry said three people were killed and scores were wounded in Mwembe Tayari. Officials said one or several grenades were thrown into a crowded bus.

The ministry also said an improvised explosive device, or IED, went off at the gate of the Reef Hotel, although no casualties were reported. The hotel's management said all its staff and guests were safe.

"We had two incidents: one at the bus station where three people have lost their lives. In the second incident that occurred near a hotel in Nyali there were no casualties," a police official told AFP.

Muslim-majority Mombasa, one of the main gateways to east Africa and a popular tourist destination, has been hit by sporadic unrest in recent months.

The city has been rocked by a string of attacks or attempted attacks, with the security forces engaged in a major and controversial crackdown against Islamists suspected of being connected to neighbouring Somalia's Al-Qaeda-linked Shebab rebels.

Kenya has been targeted by Shebab since it sent troops to neighbouring Somalia in 2011.

The Islamist group claimed responsibility for a devastating attack on Nairobi's Westgate mall last year in which at least 67 people were killed.

In March two people were arrested in Mombasa along with a car expertly packed with explosives. Also in March, six worshippers were shot dead in a church in Likoni near Mombasa.

The following week a local firebrand Islamist cleric and vocal Shebab supporter was gunned down in the city, prompting fresh allegations that Kenyan police are carrying out extra-judicial executions.