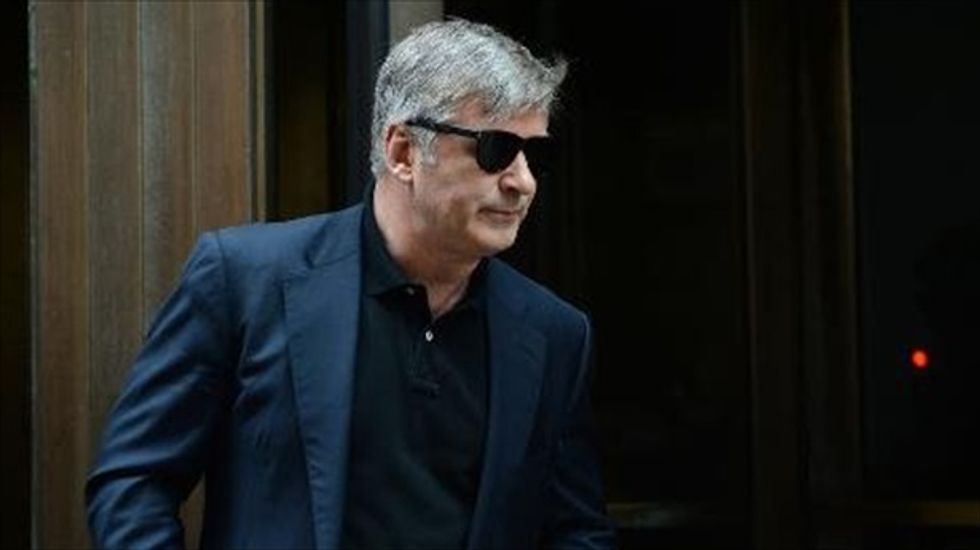 Actor Alec Baldwin took to Twitter to vent his anger on Tuesday after being detained by police in New York for riding his bicycle the wrong way down a street.

The 56-year-old star was left furious after an altercation with police on Fifth Avenue Manhattan's Flatiron district following the traffic stop.

Baldwin, who lives in nearby Greenwich Village, received two summonses for disorderly conduct and riding the wrong way down a one-way street, a New York Police Department spokesman told AFP. He was released shortly after being detained.

But Baldwin, who has a history of fiery public outbursts, responded to the incident with a series of angry posts on his Twitter feed.

"Officer Moreno, badge number 23388, arrested me and handcuffed me for going the wrong way on Fifth Ave" Baldwin wrote.

"Meanwhile, photographers outside my home ONCE AGAIN terrified my daughter and nearly hit her with a camera. The police did nothing.

"New York City is a mismanaged carnival of stupidity that is desperate for revenue and anxious to criminalize behavior once thought benign."

Baldwin must appear in court on July 24, police said.

Baldwin, a longtime star of television and the big screen, in addition to Broadway, fronted the Up Late chat show last October and November but ratings struggled.

He was sacked after allegedly subjecting a photographer to a homophobic slur outside his apartment on the day that a Canadian actress convicted of stalking him was jailed.

In a profanity-laden article in New York Magazine in February, the actor said he was finished with public life and that the Big Apple no longer offers his baby daughter a "normal" life.

"I just can't live in New York anymore. Everything I hated about L.A. I'm beginning to crave," he wrote.

The nearly 5,300-word rant denied allegations that he insulted gays and lashed out furiously against the media, the city where he has lived since 1979 and U.S. public life in general.