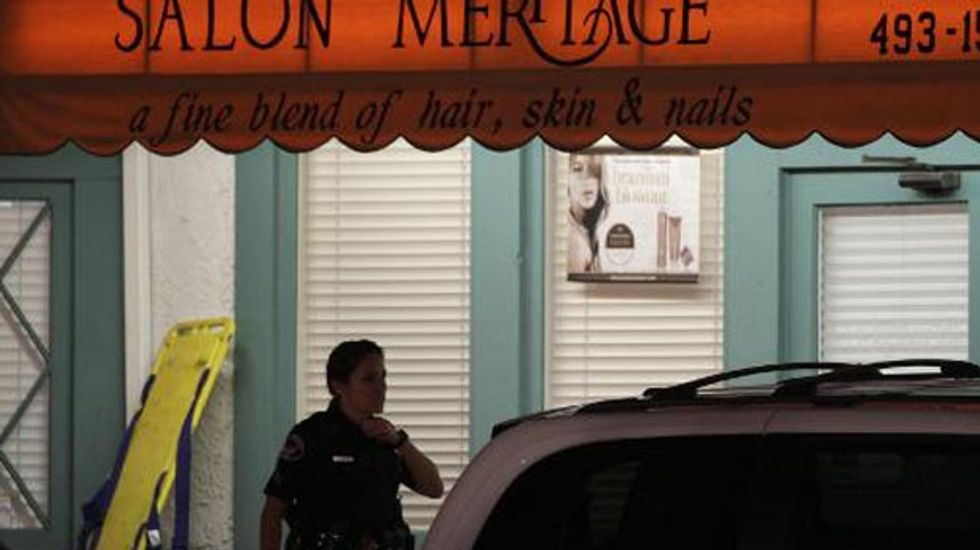 A gunman pleaded guilty Friday to shooting dead eight people at a packed hair salon in a small California beach town in 2011.

Scott Dekraai, 44, could face the death penalty after admitting to having murdered eight people, including his ex-wife, with whom he was in a child custody dispute.

Dekraai opened fire at the Salon Meritage in Seal Beach, south of Los Angeles on October 12, 2011, killing his ex-wife Michelle and her friend, who had testified against him at a custody hearing, as well as six others.

Investigators discovered that Dekraai and his wife had appeared in court less than a week before the shooting, in an ongoing legal dispute over custody of their son.

The former couple shared physical custody, but Dekraai wanted to make all of the decisions about his son's schooling and health, according to his ex-wife's lawyers.

Friday's guilty pleas were not part of a plea bargain reached with prosecutors. A jury now will decide whether he should face execution or life in prison for the massacre.

Multiple shootings are an all-too-familiar occurrence in the United States.

Among the most notorious and deadly shootings of recent years are the Columbine massacre in April 1999, when two teenage boys shot and killed 12 students and a teacher.

In April 2007 a student shot 47 people at Virginia Tech, killing 32 before he committed suicide, in the deadliest mass shooting in the United States.

Six people were killed in January 2011 when a gunman opened fire on a public meeting in Tucson, Arizona held by US Congresswoman Gabrielle Gifford, who was shot in the head at point blank range but survived.

Twelve people died in a crowded Colorado cinema when student James Holmes opened fire in July 2012, while that December a gunman killed 26 including 20 children at the Sandy Hook Elementary School in Newtown, Connecticut.

The Second Amendment to the US Constitution, adopted in 1791, protects the right to bear arms.