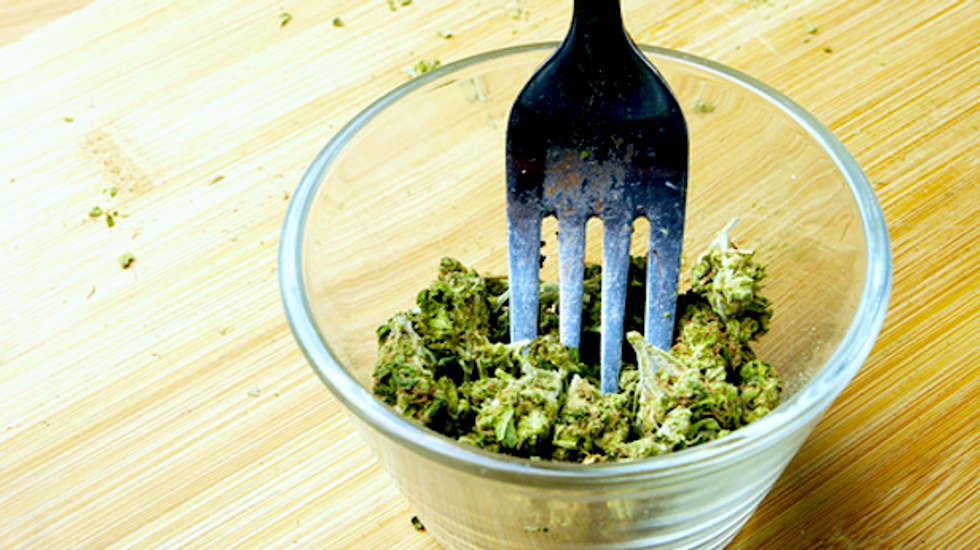 Colorado Gov. John Hickenlooper signed legislation on Wednesday to tighten controls on edible and concentrated forms of marijuana, as concerns mounted about safety issues after two deaths possibly linked to the ingestion of pot-infused goodies.

Voters in Colorado approved a landmark ballot measure legalizing recreational marijuana for adults in 2012, and lawmakers have been working to hone cannabis regulation since the nation's first state-licensed retail outlets for pot opened in January.

Recreational marijuana was approved by voters in Washington state at the same time, and cannabis is set to go commercial there, too, this summer.

Wednesday's move in Colorado to tighten rules on edible goods made with pot comes after two adult deaths possibly linked to such products. Meanwhile, a Colorado children's hospital said it has seen an uptick in the number of admissions of children who ingested marijuana-laced foods since the start of the year.

"Since the ... legalization of recreational marijuana sales, Children's Colorado has treated nine children, six of whom became critically ill from edible marijuana," the statement from Colorado Children's Hospital said.

The first law signed by the governor on Wednesday creates a task force to devise packaging for cannabis-infused edibles such as cookies and candy that makes those products readily distinguishable from regular foods.

"Sadly, cases of children ingesting marijuana are on the rise in Colorado," said state Senator Mike Johnston, the bill's primary sponsor. "By improving labeling and giving kids a way to tell the difference between a snack and a harmful substance, we can keep kids ... out of the emergency room."

The second law regulates the amount of concentrated marijuana that can be sold to an individual, closing a legal gap that treats one ounce of leafy pot the same as an equivalent amount of more powerful forms of the drug, such as hash oil.

A student from the Republic of Congo who attended college in Wyoming jumped to his death from a hotel balcony in March after ingesting six times the suggested maximum amount of marijuana cookies, according to the Denver medical examiner's office.

Levi Thamba Pongi had come to Colorado on spring break along with several friends to sample marijuana. Hours after ingesting an entire marijuana cookie meant to be eaten in smaller doses, he began behaving violently, culminating with his balcony leap.

In another incident, a Denver man was accused of shooting his wife to death as she was on the phone with an emergency dispatcher, saying her husband had used pot, was hallucinating and was frightening her and the couple's three children.

A search warrant affidavit filed in the case said Richard Kirk had recently purchased a joint and pot-infused candy from a marijuana shop, though it noted that Kirk may have been under the influence of prescription painkillers.