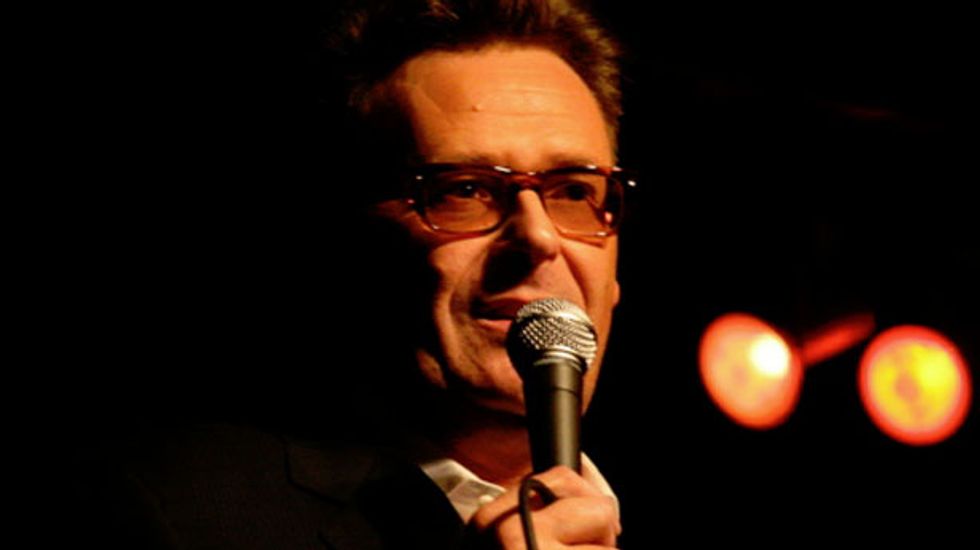 In the latest episode of his podcast, Comedian Greg Proops blasted a Federal Communications Commission proposal that would allow Internet providers create a "fast lane" for some websites -- but not others.

"Don't let the big boys take over the web," he said. "If you don't know, net neutrality is in very grave danger this week. I only bring it up because we all listen to this show for free, myself included."

"What the government wants to do is allow the net to be sold off to the highest bidders, meaning only lobbyists and people with lots of money can go to K-Street in Washington, D.C. and give senators money and make the Internet more expensive for you to download freely," Proops said. "America is way behind in how fast our downloads are... the infrastructure is like f*cking Ecuador in the 30s, because people like Donald Sterling have all the godd*mn money."

"And Comcast, and Time Warner, and all these f*cking telecommunications companies have no interest in serving you whatsoever. They want money. That's what they want. F*ck them, exactly."

Referring to the FCC as the "Federal Corporations Commission," Proops explained that the federal agency had vowed to take action against Internet providers found to not have "commercially reasonable" data rates.

"As if a bunch of bureaucrats staring into the endlessly expanding and evolving machinations of the Internet could ever begin to objectively gauge what 'commercially reasonable' is," he remarked.

Listen to audio below.