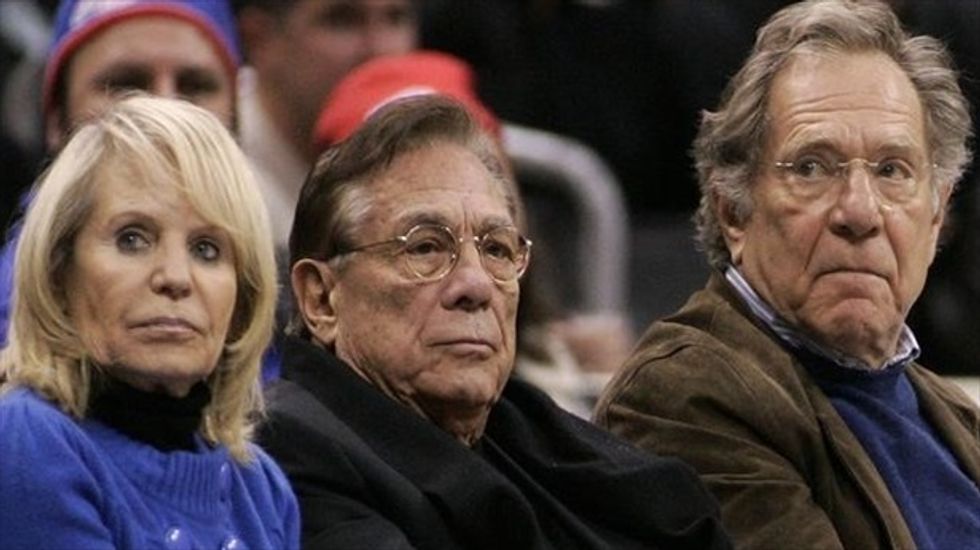 LOS ANGELES (Reuters) - Los Angeles Clippers owner Donald Sterling, under fire for racist remarks, will sue the National Basketball Association for $1 billion in damages for terminating his ownership of the team, his attorney said on Friday.

The move came a day after Sterling's estranged wife, Shelly, struck a record $2 billion deal with former Microsoft Corp Chief Executive Officer Steve Ballmer to sell the franchise under orders from the league.

The NBA said earlier on Friday that it would go ahead with a vote on Tuesday on terminating Donald Sterling's ownership of the Clippers, although it signaled that his wife's proposal to sell the team was its preferred outcome.

A source with knowledge of the situation told Reuters that Shelly Sterling is now sole trustee of the family trust that controls the Clippers after her 80-year-old husband was deemed by physicians this month as having Alzheimer's disease.

Blecher did not respond to phone calls or emails seeking comment on Donald Sterling's health. But in a statement to CNN, he called reports that Sterling was mentally incapacitated a "vast overstatement" and said Sterling had a diagnosis of a "modest mental impairment."

The NBA said it was still awaiting necessary documentation from Shelly Sterling on the deal with Ballmer and that it planned to proceed with Tuesday's hearing before its Board of Governors on whether to strip Donald Sterling of ownership for his racist remarks.

"Commissioner (Adam) Silver has consistently said the preferred outcome to the Clippers proceeding would be a voluntary sale of the team," the NBA said in a statement.

In his first major test since becoming NBA commissioner in February, Silver has taken a strong position on punishing Sterling by banning him for life from the league. But Silver has also signaled that the NBA wants to avoid a prolonged fight in a case that has brought shame on the league.

The NBA also fined Sterling, the controlling owner of the Clippers for 33 years, $2.5 million after TMZ.com posted an audio recording of him criticizing a female friend for publicly associating with black people.

A sale of the team, as well as the termination of Sterling's ownership, must be approved by NBA team owners.

"I am delighted that we are selling the team to Steve, who will be a terrific owner," Shelly Sterling said in a statement announcing the sale early on Friday.

The source said language in the Sterling trust indicated that if Donald Sterling was unable to handle business, then the controlling stake would be given to his wife.

Blecher has said that Donald Sterling would have to approve any sale of the franchise.