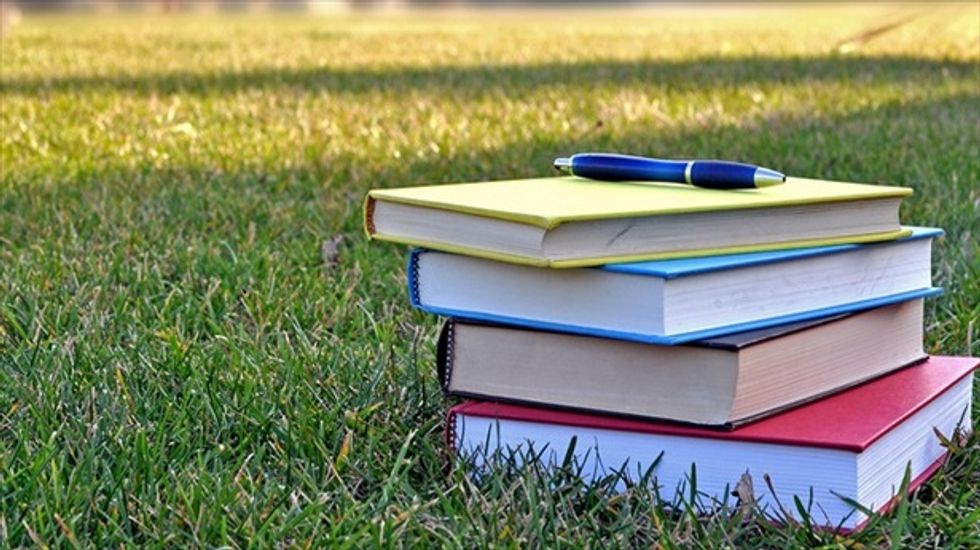 'A Pile Of Colorful Books On Lawn In Campus' [Shutterstock] http://tinyurl.com/m4vdftg

WASHINGTON (Reuters) - Dozens of U.S. colleges and universities are under investigation for possible violations of federal law in the handling of sexual assault and harassment complaints on their campuses, the Obama administration said on Thursday.

The Department of Education's Office for Civil Rights released a list of 55 colleges being investigated, a move that the agency expects will encourage dialogue and coax schools to toughen up on how they deal with sexual violence.

"We are making this list available in an effort to bring more transparency to our enforcement work and to foster better public awareness of civil rights," Catherine Lhamon, the Education Department's assistant secretary for civil rights, said in a statement.

The investigations are being conducted under Title IX of the Education Amendments of 1972, which ensures that students are not denied, for reasons of gender, the ability to fully participate in educational and other opportunities at schools that receive federal funds.

The comprehensive list released on Thursday is the first of its kind. The move is part of the administration's efforts to curb sexual harassment and sexual violence, especially in colleges, and to push schools to do more to prevent and punish on assaults.

Following a three-month study conducted by a task force established by President Barack Obama to address the issue, the White House earlier this week launched a website, NotAlone.gov, to help victims find help and report crimes.

According to the White House, one in five women, and a smaller number of men, are sexually assaulted during their college years, with cases often going unreported.

A Department of Education spokesman said the agency would negotiate a resolution with any school found to be in violation.

Any college that refuses to negotiate or comply, he said, might be subject to further enforcement action, including litigation by the Justice Department or withdrawal of federal funding.

The Department last year reached settlements with University of Montana-Missoula and State University of New York, with the colleges pledging to take a tougher stance on the issue and offer training to employees who handle sexual assault cases.

[Image: "A Pile Of Colorful Books On Lawn In Campus," via Shutterstock]