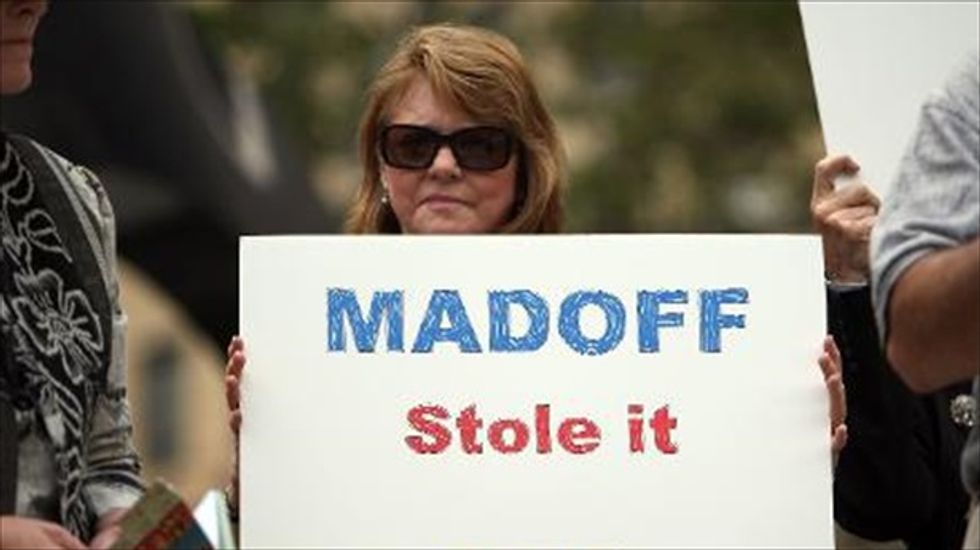 Richard Breeden, the "special master" managing the Justice Department's Madoff Victim Fund, said it had received more than 51,700 claims from 119 countries by the close of the claim period on April 30.

That was more than three times as many claims as were filed in the Madoff bankruptcy proceedings.

The claims have not yet been reviewed to weed out those ineligible, duplicate or overstated, which MVF predicted would be a substantial number.

The MVF is responsible for doling out slightly more than $4 billion in assets recovered to compensate investors' losses in the fraud at Madoff Securities.

At the time of its collapse in 2008, Madoff Securities boasted it had about $65 billion in client assets, whereas in fact it had only about $300 million.

Breeden said the flood of claims shed new light on the size and global reach of Madoff's Ponzi scheme, which appeared to be the most global fraud in history.

"The MVF claims showed a strikingly larger group of victims -- with much larger losses -- than anyone previously knew to exist," he said.

"Other than the Gobi desert and the polar icecaps, few places on Earth seem to have escaped the scourge of this fraud. This fraud was of epic, and truly global, proportions."

About 58 percent of the claimed losses came from the United States. Eight of the 10 countries with the largest number of claims were in Europe, led by Germany, Italy and France.

The Madoff investment scam declared strong returns for more than three decades, but in reality was a Ponzi scheme enabled by a stream of fake investments and false documents.

Madoff was arrested in December 2008 and pleaded guilty in 2009. The once-Wall Street star and head of the Nasdaq Stock Exchange, now 76, is serving a 150-year prison sentence.