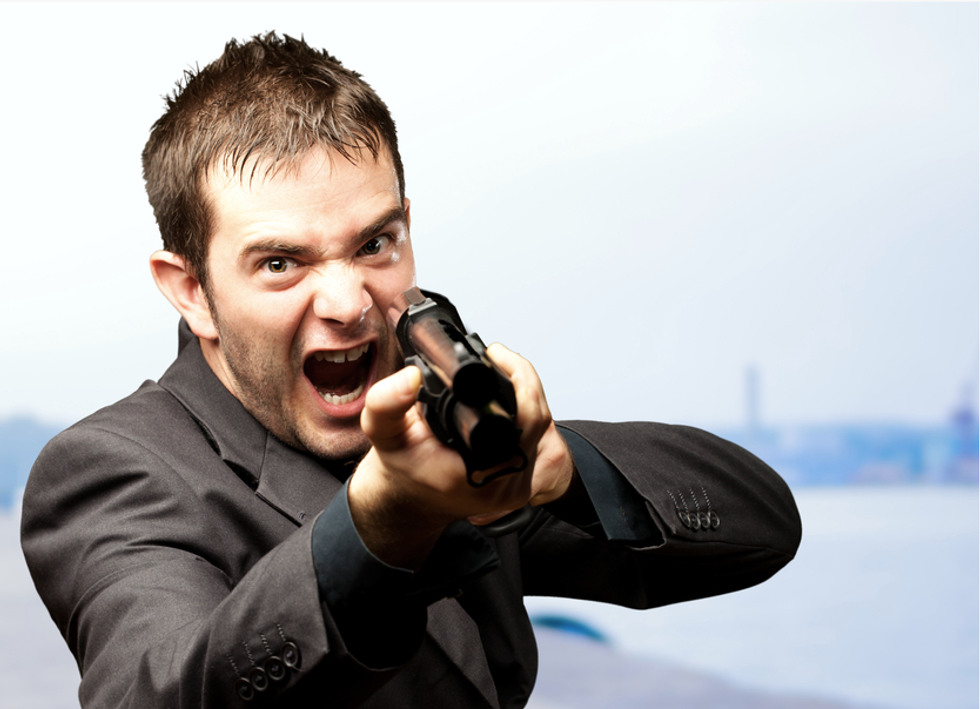 A 21-year-old Florida man was sentenced to six months behind bars for shooting a marcher in St. Petersburg's LGBT Pride march with a BB gun. WPTV reported Thursday that Cornelius Davis of St. Petersburg was sentenced after pleading guilty to felony assault charges stemming from the June 2013 incident, in which Davis shouted antigay slurs at a Pride participant, then shot him in the leg.

Police declined to name the victim, who was walking to the event site around 9:30 a.m. on the day of the attack. Witnesses said that Davis began shouting antigay epithets and threatening the marcher and his friends. The assailant reportedly took issue with the marcher's revealing outfit, shouting for him to "put some clothes on" because "there are kids around here."

Davis "displayed hatred" for LGBT people, said the police report. He then opened fire with a compressed-gas BB gun, striking the marcher, but not seriously injuring him. Police quickly swarmed the scene and arrested Davis.

According to the Tampa Bay Times, Pride Weekend organizers said that the attack was the first violent incident in the event's entire 11-year history. Organizer Eric Skains said that he found out about the incident after the fact when he was reviewing incident reports about the festival at the end of the day.

Among the estimated 125,000 attendees, Skains said, "No one even really noticed" the attack. The quick arrest, he said, was a result of the festival's high level or organization and planning.

Organizers, he said, did a "pretty good job having enough police and medical teams" available to respond quickly.

Davis was arrested in February for marijuana possession, but ultimately the charges were dropped.

[image of angry man with gun via Shutterstock.com]