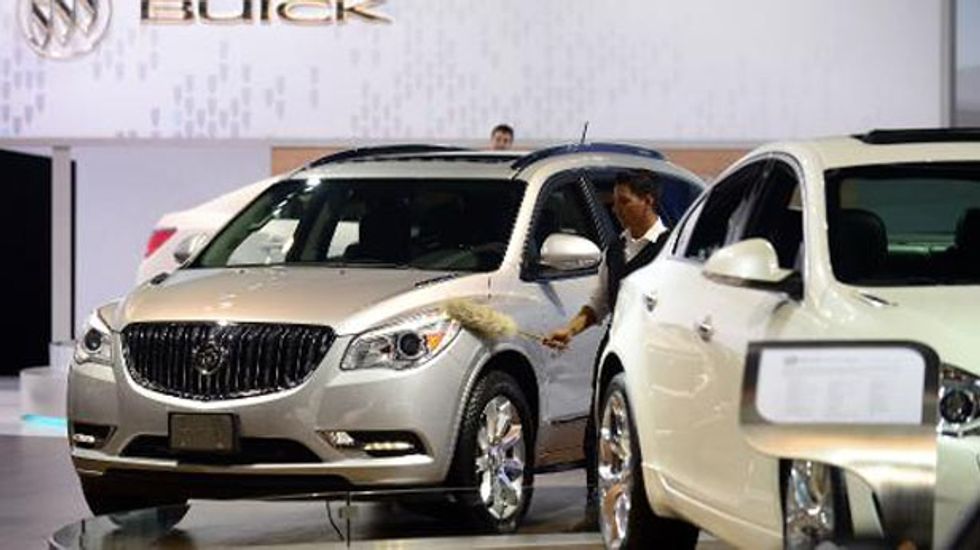 General Motors announced Tuesday it was recalling 2.4 million more vehicles in the United States as the giant automaker continues to address safety amid an ignition recall scandal.

GM announced four separate recall actions for various models dating as early as 2005 and as recent as the 2015 model year. GM said there have been no fatalities associated with Tuesday's recalls.

GM has undertaken 29 safety and non-compliance recalls in the US thus far this year. It said Tuesday's actions will increase the financial charge for recalls in the second quarter to $400 million from the previous estimate of $200 million.

On Friday, US auto safety regulators fined GM a record $35 million over its failure to promptly recall cars with ignition faults linked to at least 13 deaths.

Regulators imposed the stiffest possible fine, criticizing GM for not alerting regulators and customers to the ignition problem despite being aware of it for years.

The biggest of Tuesday's recalls covers 1.4 million crossover vehicles, the Buick Enclave, the Chevrolet Traverse and the GMC Acadia for the 2009-14 model years and the Saturn Outlooks from 2009-2010.

The issue is with safety lap belt cables, which can separate and increase the risk of injury, the company said.

The company recalled 1.1 million Chevrolet Malibu from 2004-8 and Pontiac G6 from 2005 because a shift cable could wear out, resulting in mismatches of the gear position.

GM said it is aware of 18 crashes and one injury among these cars.

GM also recalled 1,402 Cadillac Escalades and Escalade ESVs from 2015 because of a problem with the passenger side air bag that might not fully inflate in a crash.

Finally, GM called back 58 Chevrolet Silverado HD and GMC Sierra HD full-size pickups from 2015 because retention clips tying the fuse block to the vehicle "can become loose and lead to a potential fire."

GM has pledged to improve its safety response following withering criticism in Washington and beyond.