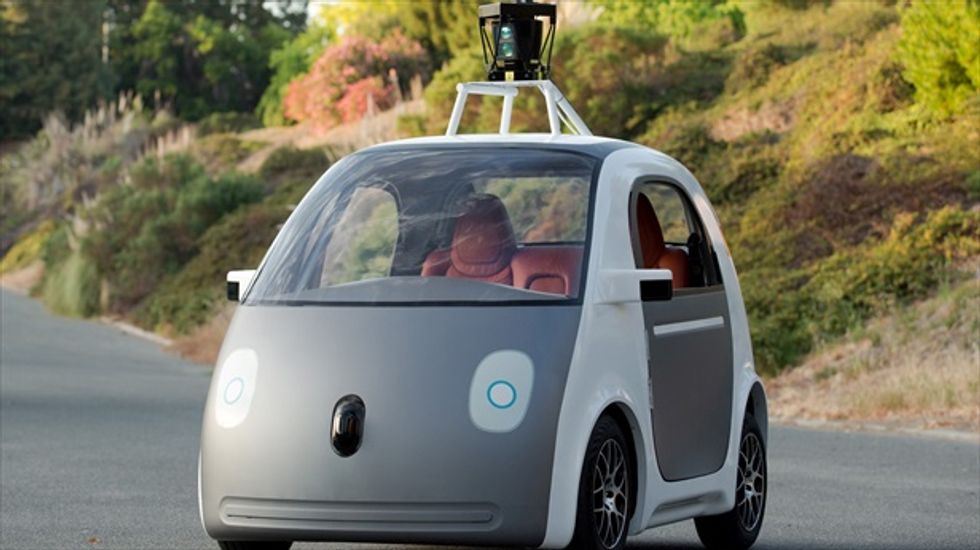 The small electric cars, which seat two passengers, are currently prototypes that Google has been building through partnerships with automotive suppliers and manufacturers, Google co-founder Sergey Brin said at the Code conference in Southern California on Tuesday.

Google aims to build up to 200 such cars in the near term and hopes the vehicles will be available in various cities within a couple of years, he said.

Google has been testing self-driving cars since 2009, incorporating laser sensors and radars into standard automobiles such as the Prius from Toyota Motor Corp and sport-utility vehicles from Toyota luxury car division Lexus.

While those vehicles require a human to remain in the driver's seat and to take over in certain situations, the new cars operate completely autonomously.

Brin said the cars could operate as a service, picking up passengers when summoned, and potentially even operate as fleets of interconnected "trains".

"Ten seconds after getting in I was doing my email, I had forgotten I was there," Brin said of his experience riding in one of the pod-like vehicles, which resemble a cross between a Smart car and Volkswagen Beetle. "It ultimately reminded me of catching a chairlift."

Brin declined to specify whether Google intended to build and sell the cars itself, saying only that the company would "work with partners".

The driverless cars are currently limited to a maximum speed of 25 miles (40 km) an hour, but Brin said there was no reason the cars could not go as fast as 100 miles an hour or more once they had been proven to be safe.

The front of the cars contain about 2 feet (61 cm) of foam and the windshield is made out of plastic instead of glass to make the cars safer, he said.

"Within a couple of years I hope we will surpass the safety metrics we've put in place, which is to be significantly safer than a human driver, and we will start testing them without drivers and hopefully you'll be able to utilize them at some limited cities," Brin said.

A handful of U.S. states, including California and Nevada, have passed legislation to allow testing of self-driving cars on public roads. Brin said he was optimistic that the new, passenger-only self-driving cars would be approved for testing in the U.S. and overseas in the future.