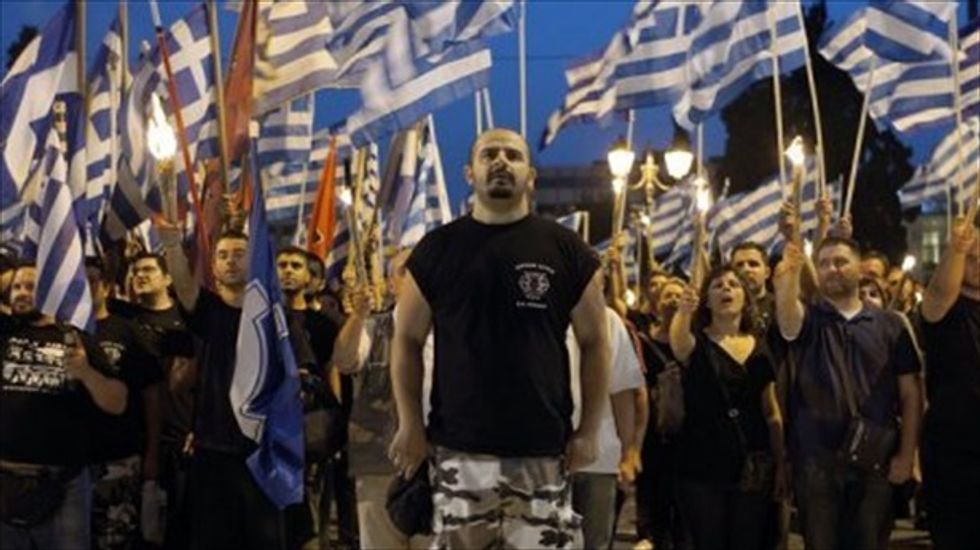 "We expected this decision. We have faith in Greek justice," lawyer Pavlos Sarakis told AFP.

The authorisation came despite an ongoing criminal probe against the political party, six of whose lawmakers including its leader are in prison awaiting trial.

Nearly all the party's 18 lawmakers are under investigation by Greek justice over serious crimes allegedly committed by the once-fringe party over the past two years, during its rise to prominence.

Under Greek law, candidates are only prevented from standing in an election if they are convicted of a crime, not if they are under investigation.

A date for the criminal trials has yet to be set.

The party's European election list includes none of its parliament deputies. Among its candidates are two retired senior army officers.

Evidence being used against Golden Dawn includes claims of assault against political opponents, as well as the murders of a Pakistani migrant and a left-wing Greek rapper last year.

Nazi and fascist memorabilia was also found in the home of Golden Dawn's deputy leader earlier this year.

To ward against a possible ban in European and local elections, due on May 18 and 25, Golden Dawn recently created a sister party called Hellenic Dawn.

However, late on Sunday Golden Dawn said this second party was being sidelined.

Samaras this week said he believed the neo-Nazi party should be defeated through ideology, not banned, and insisted he would not try to influence the judiciary on the issue.

Formerly on the fringe of Greek politics, Golden Dawn surged in popularity in the wake of the country's debt crisis, tapping into widespread anger over immigration and austerity reforms.

The party took around seven percent of the vote in the 2012 Greek election. It now polls at around eight percent, compared to around 18-20 percent for the main parties.