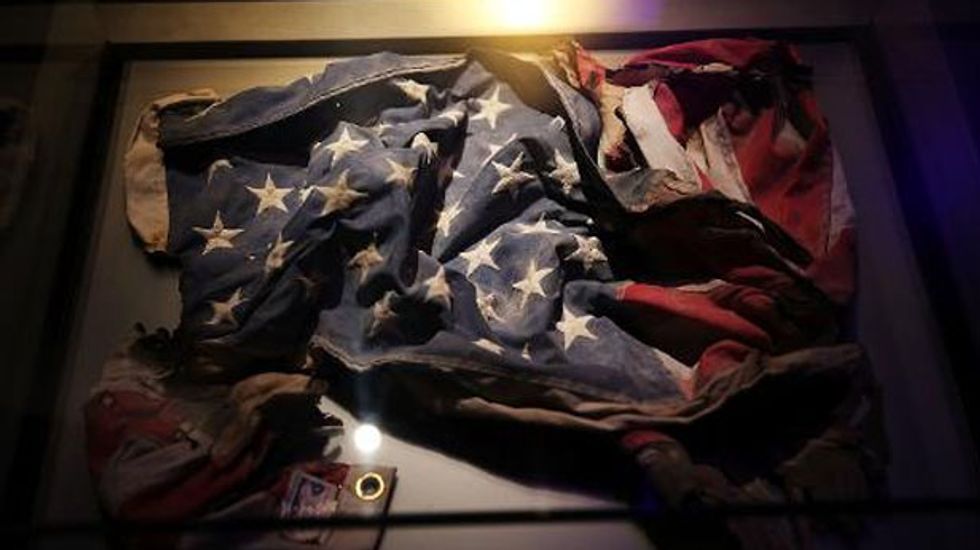 President Barack Obama inaugurates Thursday a museum commemorating the September 11, 2001 terrorist attacks, the culmination of three years of delays, controversy and financial woes as he opens a memorial to an event that changed America.

On the eve of the dedication. Charles Wolf made no secret of his apprehension at a site he associates with the death of his wife Katherine.

"I am looking forward to it and dreading it. It brings everything up," Wolf said.

While Obama will cut the ribbon on the museum, it will not open its doors to the public until May 21.

The museum, based where the Twin Towers once stood near a permanent memorial that opened in 2011, appears modest, almost intimate, with only one floor that can be seen from the outside compared to the towering skyscrapers that surround it.

But the atrium at Ground Zero is only the museum's visible part.

Visitors slowly march into the bowels of what once were the Twin Towers, for an emotional journey that retraces the tragedy that New York will never forget, one that changed life in America by ultimately prompting its war on terror.

The underground space is impressive.

From the top of the 110,000-square-foot (10,220-square-meter) museum, visitors can gaze deep inside to see a huge segment of a slurry wall built to protect the site from flooding of the Hudson River.

At the start of the exhibits, a map details the path of the four planes on a suicide mission that fateful day nearly 13 years ago.

A photograph of the towers shows a blue sky before the attacks, while voices heard in a dark room express shock and horror.

The ramp then slowly guides visitors down into the entrails of the ghost of the towers.

A huge iron column, the last recovered from the site in May 2002, is shown, along with stairs from a nearby street that were used by hundreds of people to flee the site of the drama.

It takes time to reach the bottom of the museum, which houses the exhibits and the huge Foundation Hall that shows traces of one of the towers' foundations.

"Visitors come with their own memories, we wanted it to be very gradual," said Carl Krebs, one of the project's architects.

The museum strives to tell an unbearably difficult tale while paying tribute with dignity to the nearly 3,000 people who died in the attacks.

It seeks to educate future generations.

The first exhibition -- "In Memoriam" -- pays tribute to the 2,977 people who lost their lives in the 9/11 attacks, in addition to the six victims of a previous bombing of the World Trade Center in 1993.

The second exhibit -- "Historica" -- takes a more in-depth look at the events of September 11, including an analysis of the background to the attacks and an examination of how the after-effects are still being felt today.

"Send everything you've got," a fireman said in one video.

Another showed young firemen preparing to scale one of the towers.

Visitors, who are barred from taking photographs, can hear the last telephone messages to loved ones left by New Yorkers trapped in the towers.

And you can also relive, through audio excerpts, the final moments of Flight 93 passengers, before hijackers crashed the airliner in a field in Shanksville, Pennsylvania.

A total of 37 calls were made from the plane.

"Baby listen very carefully. We've been hijacked. Tell my children that I love them very much," air hostess CeeCee Ross-Lyles said in a call to her husband.

A firetruck with a twisted ladder recalls the sacrifices of 343 firefighters who died in the deluge of fire and steel that accompanied the towers' collapse.

The visit ends in a room where a seven-minute video narrated by NBC Nightly news anchor Brian Williams explains "the rise of Al-Qaeda."

The video has been criticized, amid worries it could lead museum visitors to associate Al-Qaeda with Islam in general.

But museum president and former New York mayor Michael Bloomberg has rejected those critiques, hailing a museum that "more than any history book, will keep that spirit of unity alive."

Bloomberg justified the $24 admission fee by stressing that the museum does not benefit from federal funding and has estimated operating costs of $60 million per year.