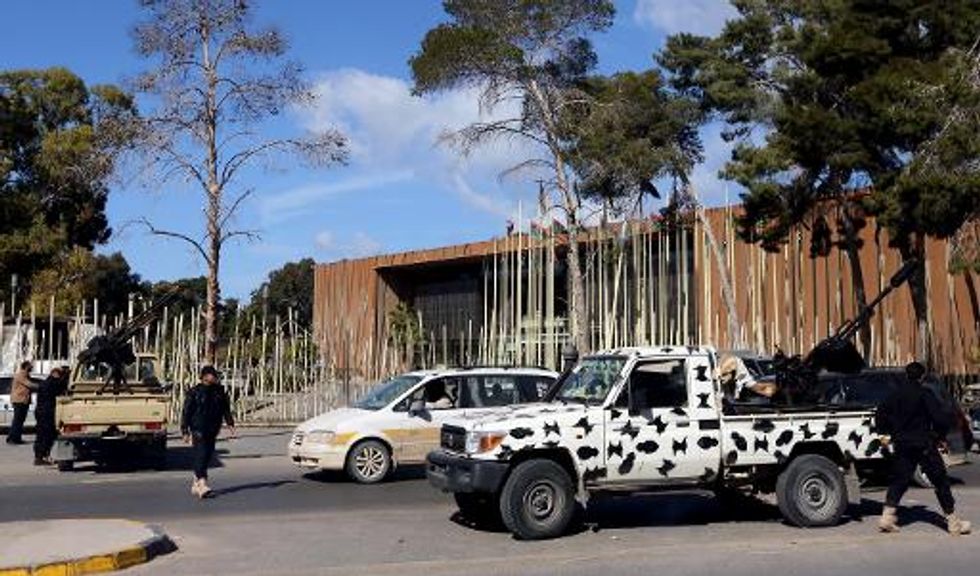 Heavy gunfire near parliament in Libya capital (via AFP)

Heavy gunfire and clashes broke out Sunday in the south of the Libyan capital, near the country's interim parliament whose members were evacuated, witnesses and an MP said. They said the clashes erupted after a convoy of armoured vehicles entered Tripoli…