Hey, animal lovers: Another reminder that PETA is a terrible, no good organization 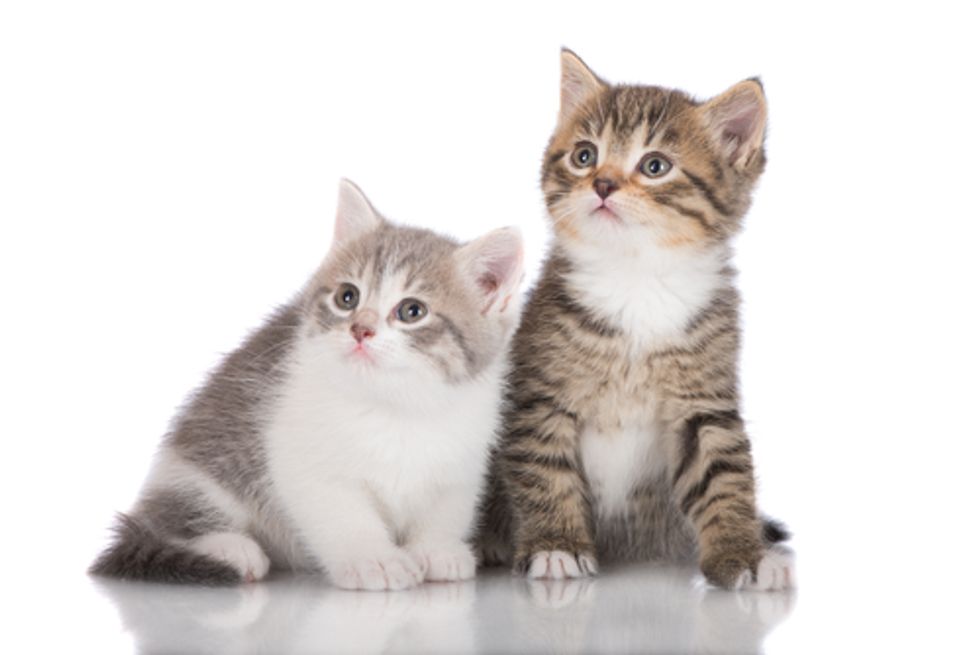 I often wonder if PETA exists solely to be a bunch of assholes while pretending to "care" about animals.* Their latest effort to try to bully people into veganism::

This is reprehensible. I'm personally a vegetarian and do try to eat vegan frequently, so let's be clear, I don't have an anti-vegan agenda here. There are strong ethical arguments regarding the obvious and undeniable suffering of animals that is created by our heavy meat consumption. Our health and the planet's health would definitely be better if more people cut back on meat and animal products.** So this is not about that.

What is is about is that lying to people like this is not okay and trying to scare them with lies is pure evil.  I'm not making some rigid Kantian statement here, to be clear. I'm not saying lying is never okay. Feel free to tell the Nazis you're not hiding Jews in your attic when you are. (In fact, please do.) Hell, feel free to tell some sex pest in a bar you have a boyfriend if that's what it will take to get him to leave you alone. Say, "Everything's fine!" to someone who asks when you know they don't actually care about your troubles and tribulations.

But injecting lies into political discourse, particularly to avoid actually trying to persuade people in favor of just scaring them into doing what you want, is beyond the pale. If you can't make your case honestly, consider the possibility that you don't have a case.

The attempt to link autism and dairy is based on discredited studies, according to The Wire:

The problem — other than the offensive play on the "Got Milk?" slogan — is that the research available has been discredited by at least two independent overviews. A 2010 overview by the University of Texas at Austin of 14 studies on the link between autism and casein- and gluten-free diets found that the "overall study quality was poor" and only the least scientific studies implied the diet improved behavior. Two additional overviews from 2008 and April 2014 found similar results and called for a large scale, good quality randomized survey — PETA cites a study with a grand total of 20 participants.

Some kids with autism have trouble digesting milk proteins (as do some kids without autism), but ads like this way overplay the value of diet management in autism and give parents false hope.

But really, this ad is irresponsible on another level entirely. I'll be blunt: The graphic design is clearly meant to instill a sense that dairy products cause autism. If you just glance over it, and that's what most of us do, all you will likely register and remember is a picture of milk and the words "got autism?" I think I looked at the ad 5 or 6 times before I realized that they were saying "Has your child GOT AUTISM?"

This is clearly an attempt to plug into the current hysteria over autism and the belief that persists, no matter how often debunked, that kids get autism because their parents somehow failed at being crunchy and organic enough. That fear started, of course, with vaccines but now every sleazy, two-bit charlatan that is plugged into the Hollywood-driven trends of moral purity through rigid dietary restrictions is clearly trying to get a piece of it.

Charity Navigator gives PETA a shitty two-star rating, for what it's worth. If you care about animals, there are a number of things you can do that don't involve PETA at all. You can embrace vegetarianism and veganism for the right reasons and talk, sensibly, with people who are interested in hearing more about it. (As a vegetarian who flinches as people who try to push this shit too heavily---which I think backfires---I feel the need to be clear.) You can donate time and money to plenty of 4-star organizations. You can read to cats. Well, your kids can, anyway. (Seriously, the greatest idea I've heard in a long time is that reading to cats program.) You can fight global warming and environmental destruction, which are killing not just animals but entire species at a breathtaking rate. You can pee on Sea World. (Do this.) But PETA is just bad news, you guys.

*By the way, while they claim to take a hardline stance against animal killing, they kill animals. I'm not saying that euthanasia of animals is wrong, but they are accused of resorting to it rather than putting forth the effort to get animals adopted that other, more transparent "no kill" shelters manage to pull off every day.

**Yes, yes, I know. You need them for your health. No need to carry on about it. You're excused.