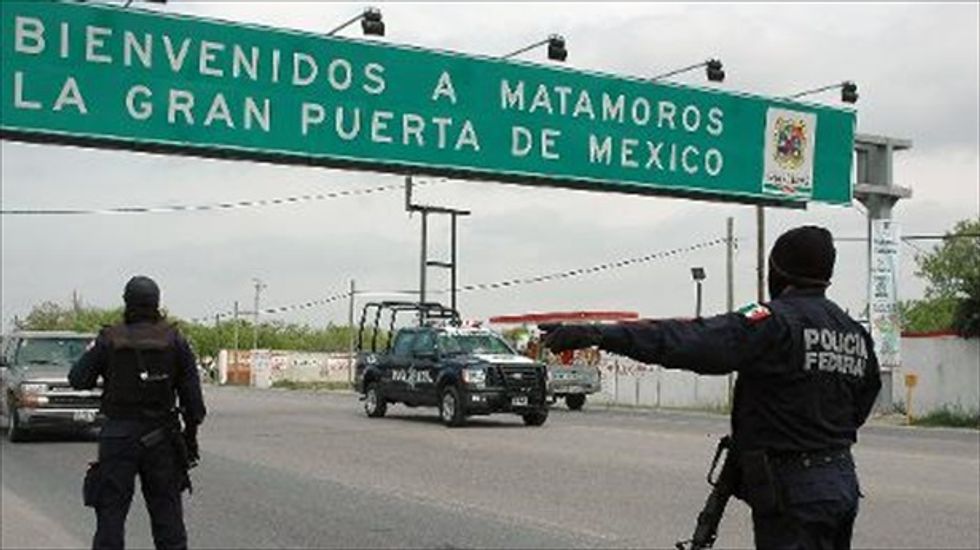 Members of the Mexican Federal police patrol the entrance road to Matamoros on April 26, 2011 in Tamaulipas state, northern Mexico [AFP]

Mexico's government decided Tuesday to increase military control over security in the northeastern border state of Tamaulipas and purge corrupt police to reverse a surge in drug cartel violence.

Clashes between cartel gunmen and troops as well as street gunfights among gang members have left more than 80 people dead in the state since April 5.

Authorities have blamed much of the recent violence on an internal power struggle within the Gulf cartel following the arrests of key leaders, but the gang has also been at war with the rival Zetas cartel in recent years.

After a national security meeting in Reynosa, which borders the US state of Texas, Interior Minister Miguel Angel Osorio Chong announced a "new phase" to break up gangs, seal off drug trafficking routes and ensure residents can count on trustworthy police.

He said Tamaulipas will be divided into four security zones with a military officer in charge of each.

The authorities will widen the use of intelligence gathering to combat cartels and boost security at ports, airports, border crossings and roads.

Authorities will conduct reviews of the state and municipal police forces as well as the Tamaulipas prosecutor's office to get rid of bad apples.

"We will not tolerate any public servant who has links with organized crime or who has committed acts of corruption," Osorio Chong said.

Osorio Chong insisted that the administration of President Enrique Pena Nieto had made progress against organized crime, detaining eight of the 12 most wanted men in Tamaulipas.

The violence in the state "can be explained in large part by the breakdown within these groups caused by the strong actions of the Mexican state," the minister said.