Michigan law forces longtime Rep. Conyers to sue to get himself on primary ballot 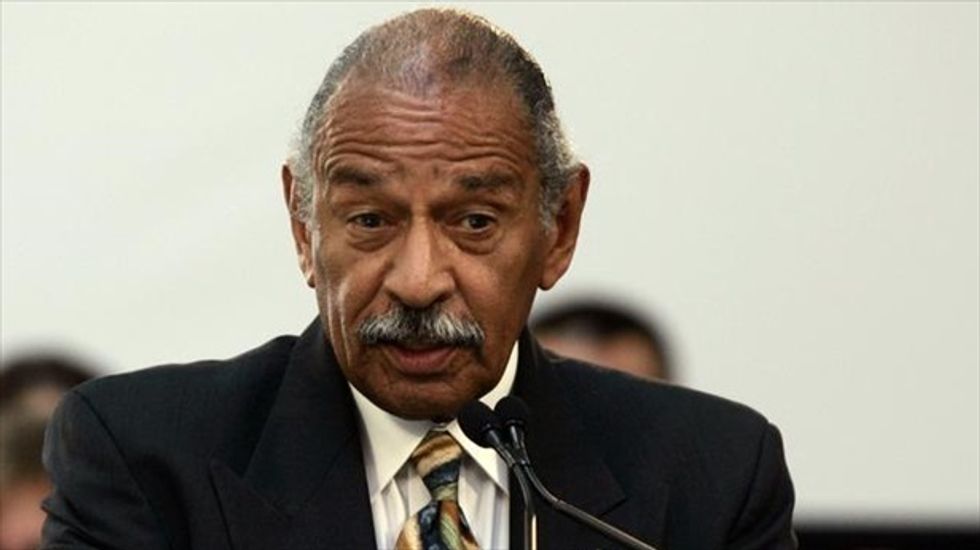 (Reuters) - Longtime Michigan Democratic Congressman John Conyers on Thursday challenged a state law that led a local elections clerk to rule that he lacked enough valid signatures on his nominating petitions to be put on the August primary ballot.

Conyers, who is seeking a 25th term in Congress, had to submit more than 1,000 signatures to have his name appear on the primary ballot, but fell short after his opponent challenged the validity of the people who were circulating his petitions.

Wayne County Clerk Cathy Garrett tossed out hundreds of the signatures gathered for Conyers by petition circulators who were not registered voters - a violation of the state law.

Conyers, who turns 85 on Friday, argued in the federal lawsuit that the law which requires them to be registered voters should be overturned.

His opponent, the Reverend Horace Sheffield, and Sheffield's campaign manager Richard Jones, have asked the federal court to allow them to intervene as defendants in the lawsuit.

Conyers joined a lawsuit filed on Monday by the American Civil Liberties Union, as a named plaintiff. The complaint also names a district voter and two of the petition circulators as plaintiffs.

The federal court in Detroit has scheduled a hearing on May 21 on their request for a temporary restraining order or preliminary injunction to stop the state from enforcing the law and put Conyers back on the ballot.

The liberal Conyers is one of America's most prominent African-American politicians and is a former chairman of the powerful House of Representatives' Judiciary Committee.

Conyers was first elected to the U.S. House in 1964 and currently ranks second in seniority. Fellow Michigan Representative John Dingell, who is retiring this year, is the "dean" of the House, having arrived in 1955.

The Wayne County clerk had determined after Sheffield's challenge that only 592 valid signatures remained out of 1,236 found initially valid for Conyers.

Conyers also could attempt to run in the August primary as a write-in candidate if his appeals to get on the ballot fail.

The Detroit-area district is solidly Democratic. President Barack Obama won 85 percent of the vote in the district in his 2012 re-election, according to the Democratic Congressional Campaign Committee, which works to elect Democrats to the House.

(Reporting by David Bailey in Minneapolis; editing by Gunna Dickson)