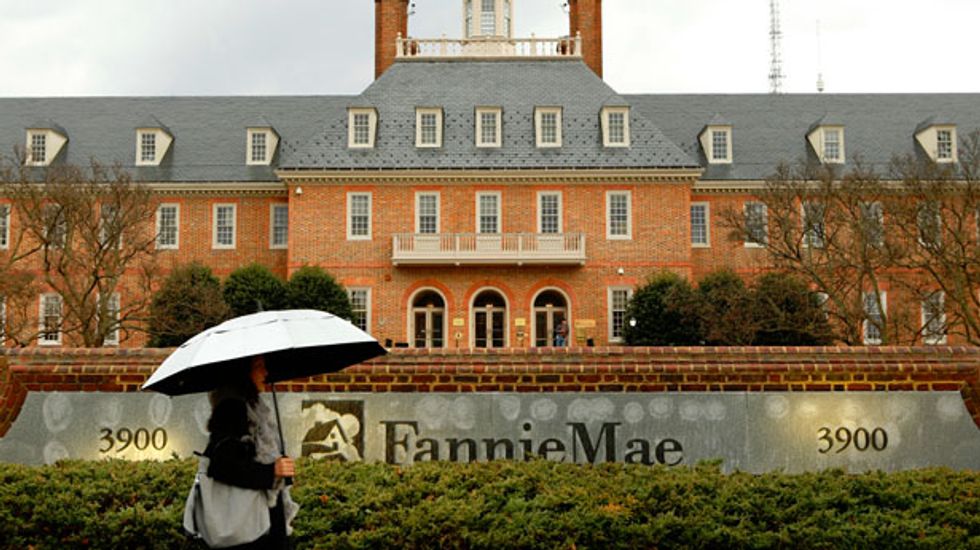 WASHINGTON (Reuters) - A Senate panel on Thursday approved legislation to wind down Fannie Mae and Freddie Mac and redesign the U.S. mortgage finance system, but sparse support among Democrats means the measure is unlikely to make it into law.

The Senate Banking Committee approved the bill by a 13-9 vote. Senate aides have said Senate Majority Leader Harry Reid was unlikely to bring the measure up on the Senate floor unless it received wide support among his fellow Democrats.

The vote is a major setback for the Obama administration, which helped craft the legislation and worked to build broad support for it, and it likely marks the final legislative action on housing finance reform this year.

"This bill represents our effort to draft the final chapter of financial reform by addressing the most significant unresolved issue from the financial crisis - the housing finance system," said Democratic Committee Chairman Tim Johnson.

The bill would replace government-run Fannie Mae and Freddie Mac with a new industry-financed agency that would offer a government guarantee on mortgage bonds, but one that would only kick in after private interests shouldered big losses.

Fannie Mae and Freddie Mac, which buy mortgages from lenders and repackage them into securities they sell to investors with a guarantee, were seized by the government in 2008 as loan losses threatened their solvency. They were propped up with $187.5 billion in taxpayer aid, but have now paid more in dividends to the government than they received in support.

The legislation aims to avoid the need for taxpayers to ever have to finance such a bailout again.

Even if the full Senate were to approve it, it was never likely the Republican-led House of Representatives would sign off on the measure, given the opposition of many conservatives to any federal backstop for the mortgage market.

"This is an important milestone," said Senator Mike Crapo, the panel's top Republican and a co-author of the bill. "The chairman and I will continue to grow support for this important legislation to repair our broken housing economy."