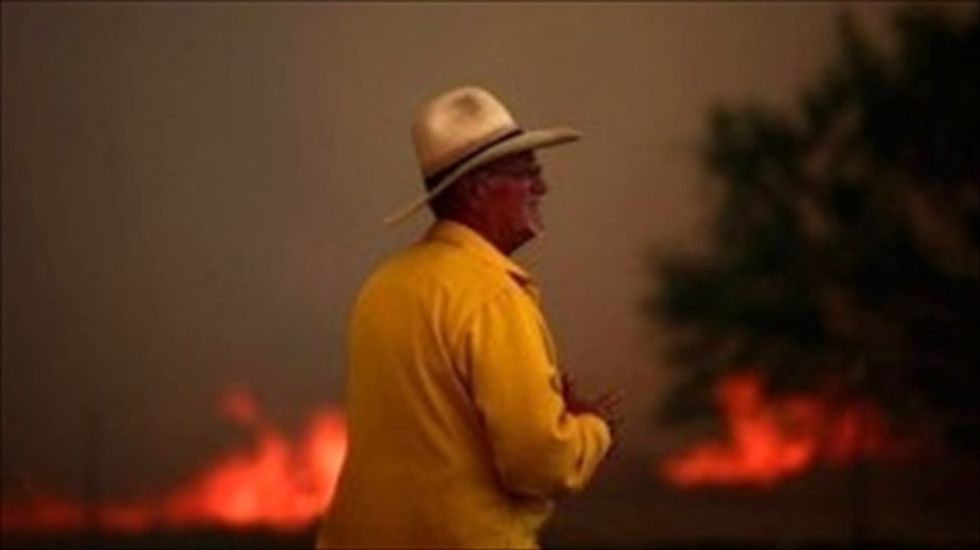 ALBUQUERQUE, New Mexico (Reuters) - A wind-fed wildfire in New Mexico raged out of control on Monday, sending heavy smoke wafting over the outskirts of a college town and forcing local authorities to warn residents of a nearby community to evacuate, the U.S. Forest Service said.

The so-called Signal Peak Fire has burned 3,000 acres since erupting on Sunday in the Gila National Forest, fed by tinder-dry conditions and high winds, with gusts exceeding 25 miles per hour, according to U.S. Forest Service spokesman Brian Martinez.

No injuries have been reported but the small mountain town of Pinos Altos, home to 198 year-round residents, is under voluntary evacuation conditions with an unknown number of structures in danger.

"The people in Pinos Altos just started leaving as the fire grew, but we don't have an actual count at this time as to how many left," he said.

Thick smoke is spreading toward Silver City, a town of just over 10,000 people and home to Western New Mexico University, Martinez said. The edge of the fire was burning 11 miles outside the town.

"We are expecting the winds to die down today," Martinez said the region has had little precipitation this winter which adds to the extremely fire hazardous. "We had a light rain last week but it did nothing to prevent the fire," he said.

More than 100 firefighters from New Mexico and Arizona are on scene as are four water-carrying helicopters. The cause of the fire is still under investigation, Martinez said.