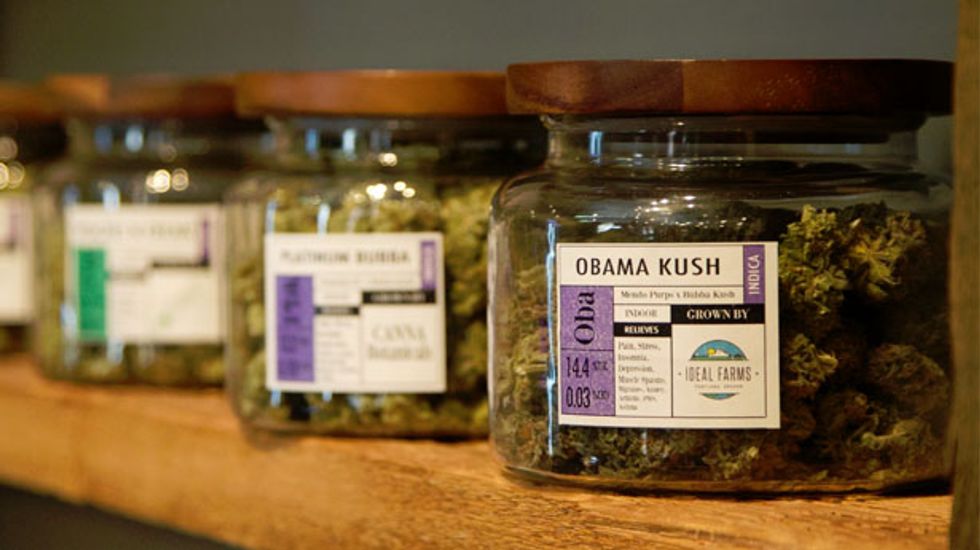 ALBUQUERQUE, New Mexico (Reuters) - An injured mechanic who uses medical marijuana as pain treatment can have his former employer and the company's insurer reimburse him for the drug, a New Mexico appeals court ruled.

The state's Court of Appeals voted unanimously on Monday to uphold a previous workers compensation court decision that also ruled in favor of the 55-year-old former mechanic, who suffered a lower back injury in 2000, according to court papers.

Albuquerque attorney Peter White, who represents the mechanic, said he is not aware of any other state where a workers compensation board has approved a patient's reimbursement for medical marijuana.

"It's an important decision for workers so seriously injured they would be bound to a lifetime of narcotic medications," White said.

Tamar Todd, a staff attorney with the Drug Policy Alliance, said she had not heard of a similar ruling as this decision by the New Mexico Court of Appeals. "It might be fairly unique," she said.

Medical pot is allowed in New Mexico and 20 other states as well as the District of Columbia, but it remains illegal under federal law. Voters in Washington state and Colorado in 2012 voted to legalize marijuana for recreational use.

New Mexico Court of Appeals Judge James Wechsler's written opinion found the employer and its insurer failed to cite a specific federal law they would be forced to violate by reimbursing the man for his medical marijuana treatment.

Lisa Tourek Mack, an attorney for the insurance company, could not be reached for comment.

The mechanic, Gregory Vialpando, was found by a doctor to suffer from "some of the most extremely high intensity, frequency, and duration of pain," out of thousands of patients he had seen, the ruling stated.