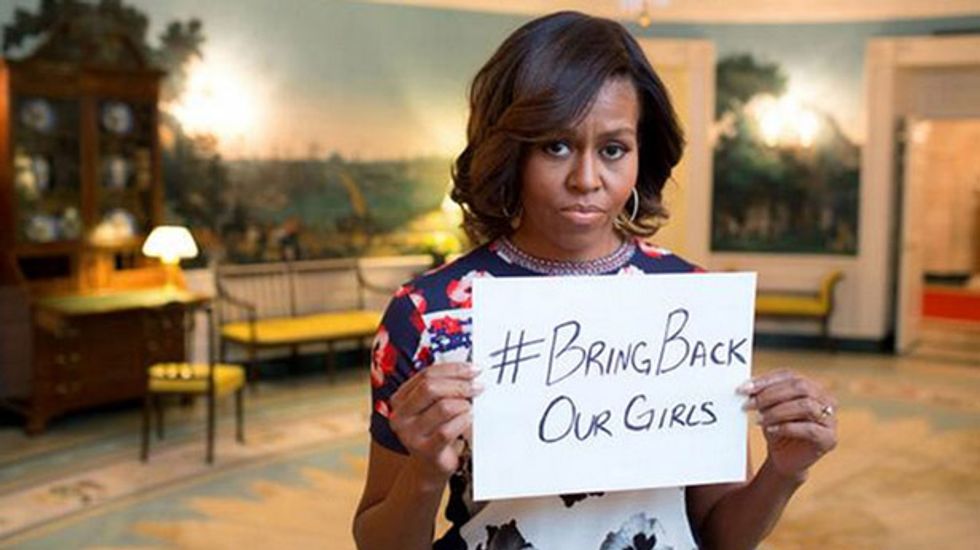 In a foreign policy address this week, U.S. President Barack Obama gave his clearest outline yet of his counterterrorism strategy. Al Qaeda splinter groups remain the largest threat to the United States, he said, but Washington must respond to it in a new way: by training local security forces, not deploying American ground troops.

“We have to develop a strategy that matches this diffuse threat - one that expands our reach without sending forces that stretch our military too thin, or stir up local resentments,” Obama said. “We need partners to fight terrorists alongside us.”

But critics say America's past efforts to train local security forces have had mixed results. Washington has a poor track record of applying the long-term resources, funding and attention needed to carry out such efforts successfully.

In Libya, training by U.S. Special Forces soldiers was suspended after a local militia stole a cache of American-provided weapons. In Mali, American-trained military officers carried out a coup. And in Afghanistan, the United States failed to mount a major training effort until nine years after the fall of the Taliban.

Finding the effective partners Obama described has proven challenging as well. For years, the United States has struggled to get Saudi Arabia, Qatar and Turkey to coordinate their support to Syria’s panoply of rebel factions. And the kidnapping of 200 Nigerian school girls in April exposed the inability of American officials to get the Nigerian government to address the endemic corruption that helps fuel the al Qaeda splinter group Boko Haram.

Bruce Hoffman, an expert on terrorism and Georgetown University professor, said a cardinal failing of the American counterterrorism effort since 2001 has been its haphazard nature. Hoffman said the United States focused its effort on Afghanistan in 2001, shifted to Iraq in 2003, returned to Afghanistan in 2009. Now, Obama announced a shift from Afghanistan to Syria.

“It continues our pathology,” Hoffman said. “Our attention has shifted from one trouble spot to another with disastrous results.”

In his address on Wednesday, Obama unveiled a $5 billion “Counterterrorism Partnerships Fund” to train local forces in the Middle East and Africa and voiced support for increasing American training and assistance to “moderate” Syrian rebels. "A strategy that involves invading every country that harbors terrorist networks is naïve and unsustainable," he said.

Obama said the new fund would allow the United States to expand training of security forces in Yemen fighting al Qaeda, support a multinational force trying to stabilize Somalia, and work with European allies training local forces in Libya and Mali. Citing the 2012 attack on the American consulate in Benghazi and last September's attack on a shopping mall in Nairobi, he said the United States faced a different type of threat.

"It’s pennies on the dollar,” he said. “It’s less than one percent of the defense budget.”

AFGHANISTAN AS AN EXAMPLE

In his speech, Obama cited the training of “hundreds of thousands” of Afghan soldiers and police officers as a success. Afghan forces secured the country’s recent presidential election, he said, and set the stage for the first peaceful transfer of power in the country’s history later this year.

But Graeme Smith, an Afghanistan-based analyst for the International Crisis Group, said Obama’s pullout would destabilize the country. He said a planned cut in American and foreign military aid will result in a rapid reduction in the size of the Afghan security forces.

“If they quickly implement the plan to reduce Afghan security forces from roughly 370,000 to 228,000, we will have a serious problem in this country,” Smith said in an email. “You can't axe the personnel roster that dramatically without destabilizing many districts.”

At the same time, according to Smith, Taliban attacks are rising and the broad direction of the conflict is escalation.

Analysts say the proposed effort is too small to have any serious impact. Noah Bonsey, the Syria analyst for the International Crisis Group, said that moderates – groups he defined as “largely non-ideological or mildly Islamist” – have gained strength recently but overall remain military weak.

“We have seen in the last few months that increases in funding, weapons and training to certain non-ideological rebel groups have strengthened their relative power within the rebel spectrum,” Bonsey said in an email from Turkey. “Thus far however, the levels of support provided - and apparently under consideration within the US administration - are not sufficient to meaningfully shift the balance of power between the opposition and the regime.”

Bergen was more optimistic about Obama’s approach. He said future presidents could increase American force levels in Afghanistan, if needed, and aiding Syria’s rebels was a step forward. He argued that training local forces was the only approach that was politically acceptable to Americans and foreigners alike.

“You buy yourself influence without a large footprint,” Bergen said. “It’s the only sensible model on all sorts of levels.”

Hoffman agreed that ground invasions were a mistake, but he said the American counterterrorism effort must be more consistent. Otherwise, Washington appears to be a fickle ally to those it is asking to fight al Qaeda splinter groups.

According to a report from the Wall Street Journal, GOP lawmakers who attempted to block the certification of Joe Biden's 2020 election win over Donald Trump have seen a massive drop in donations from corporate PACs.