'Point of no return': NASA says the ice sheet collapse in West Antarctica is 'unstoppable' 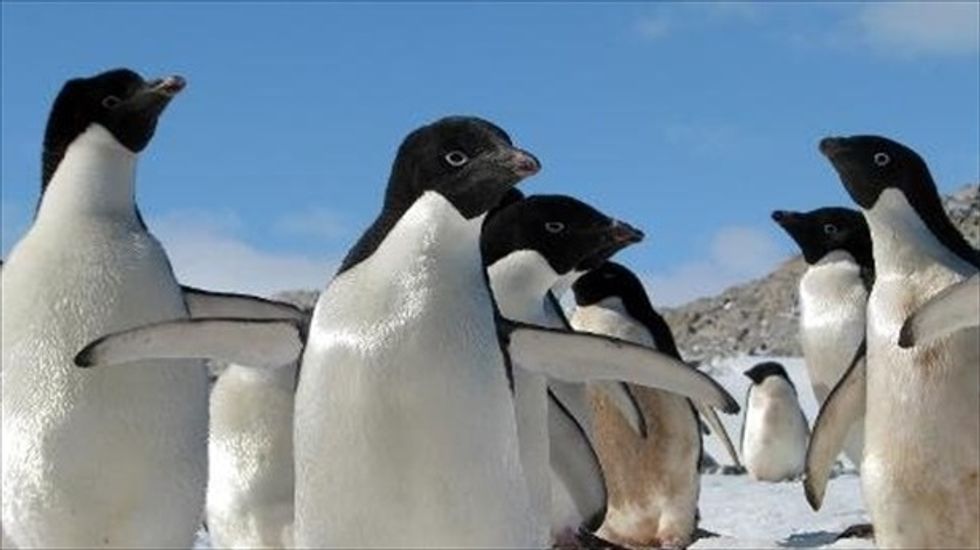 Ice is melting in the western Antarctic at an "unstoppable" pace, scientists said Monday, warning that the discovery holds major consequences for global sea level rise in the coming decades.

The speedy melting means that prior calculations of sea level rise worldwide made by the Intergovernmental Panel on Climate Change will have to be adjusted upwards, scientists told reporters.

"A large sector of the West Antarctic ice sheet has gone into a state of irreversible retreat. It has passed the point of no return," said Eric Rignot, professor of Earth system science at the University of California Irvine.

"The retreat of ice is unstoppable," he said, noting that surveys have shown there is no large hill at the back of these glaciers that could hold back the melting ice.

Scientists have been warning about this so-called weak underbelly of western Antarctic for decades, but only since the 1990s have scientists been able to gather detailed information on this remote area.

The results are included in pair of published studies that document observational changes in the Antarctic in recent years, and predict the future behavior of the melting ice through computer models.

"This retreat will have major consequences for sea level rise worldwide," Rignot added, anticipating the melting will take place largely in the next two centuries.

"It will raise sea level by 1.2 meters or four feet," said Rignot, whose paper appears in the peer-reviewed Geophysical Research Letters, a journal of the American Geophysical Union.

- Melting over hundreds of years -

Retreat of the area's Pine Island glacier has slowed in recent years, but scientists said that was likely to due to the very rapid retreat it went through early on.

The nearby Thwaites glacier has been speeding up since 2006, and the long term trend toward faster melting is clear.

A separate study published in the journal Science on Monday found that Thwaites glacier is melting fast and that its collapse could raise global sea level nearly two feet (60 centimeters).

That study was based largely on computer modeling to predict future conditions, along with airborne radar measurements of the West Antarctic ice sheet that allowed scientists to map the underlying bedrock.

Study author Ian Joughin, a glaciologist at the University of Washington, said the process is now expected to take between 200 and 1,000 years.

He also found that such a collapse may be inevitable.

"All of our simulations show it will retreat at less than a millimeter of sea level rise per year for a couple of hundred years, and then, boom, it just starts to really go," Joughin said.

Current projections of sea level rise, agreed upon by international surveys, do not account for the Antarctic ice sheet melting, experts said.

Sridhar Anandakrishnan, professor of geosciences at Pennsylvania State University, said that studies like these show the Antarctic is undergoing "enormous change," and will cause the United Nations to revisit their projections.

"The number for 2100 will almost certainly be revised and revised upwards, and my guess is toward what is now their upper limit of something like 90 centimeters, close to three feet," said Anandakrishnan, who was not involved in the new reports.

He said that the rise in sea level is widely accepted to be a result of human-caused climate change, driven by the burning of fossil fuels.

"As glaciers and ice sheets flow faster, that water has nowhere to go but in the ocean and once in the ocean this results in a rise in sea level around the globe," he told reporters.

In the past, Greenland has been the source of most melting glaciers, but that appears to be changing, with more and more output coming from the South Pole.

The western Antarctica ice melt is particularly bad because much of the bottom of the ice is below sea level, compared to the rest of the Antarctic where the ice bed is above sea level, Anandakrishnan said.