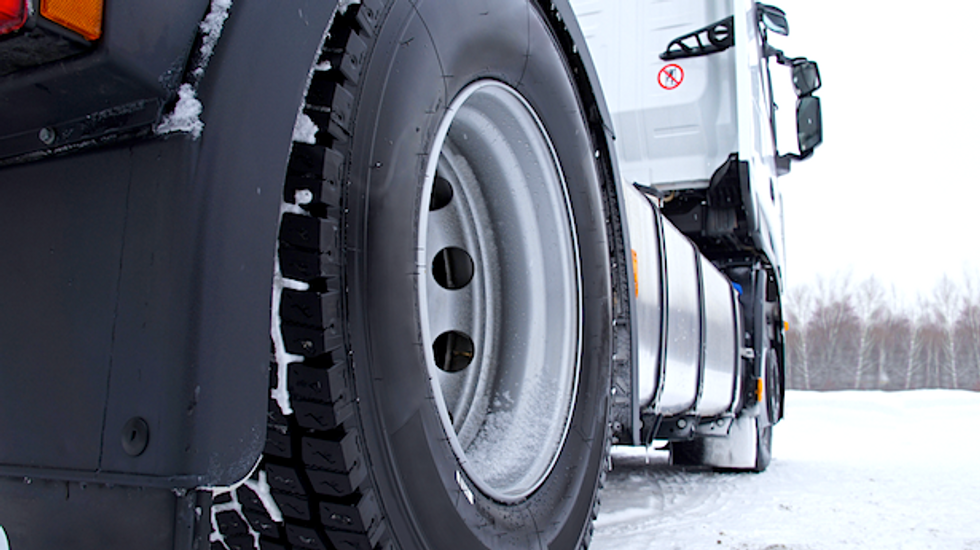 As a polar vortex snarled North America's railroads and upended freight flows this winter, everyone from agricultural giant Cargill to Dow Chemical rushed to secure the next-best form of hauling goods: trucks.

In what trucking executives described as an unprecedented bidding frenzy, spot market rates surged by as much as 20 percent to record highs in the first three months of 2014 as shippers sought to minimize sometimes weeks-long delays in rail service.

"We've received letters from CEOs from major chemical companies asking us if we can do more," said Bill Marchbank, vice president of operations at Houston-based Trimac Transportation, a leading bulk shipper of liquid chemicals and industrial minerals. "It's almost out of desperation."

Demand to ship freight on flatbeds outpaced the number of available trucks by a ratio of 37 to 1 in March and kept rising in April, an unusually steep seasonal spike, data showed. As the frigid winter and chilly spring yield to summer, quarterly corporate results are only now laying bare the tens of millions of dollars of added freight costs for shippers.

Few expect the frenzy to last, as emergency needs ebb and shippers return to more affordable rail. But the spike has shone a light on a critical capacity squeeze in the North American freight system, one that could mean higher transport costs as the trucking industry lags behind a pick-up in the economy.

Though the spill-over business has made many winners in the trucking sector, industry leaders said they did not have enough drivers or trucks to meet the demand, and long term, trucks are an inadequate stop-gap for the problems of rail.

Some of the nation's biggest freight shippers, including Cargill, global grains trader Bunge and Wal-Mart Stores declined to talk about how or where they turned to road freight this winter. But data from other operators and sources familiar with those companies' operations shows it was a widespread, and costly, trend.

"I'm not going to call this a once in a decade-type winter, but boy ... it (had) a very unusual effect on transportation," Dow Chemical Chief Executive Andrew Liveris said in an April 23 earnings call.

The company reported $100 million in overall lost sales due to the extremely cold weather. Dow is a customer of Quality Distribution, a leading truck company that reported severe weather affected truck deliveries and availability.

Domtar Corp, a major paper and personal products maker, spent an extra $5 million on freight due to a shortage of railcars and extreme weather conditions. It also had to pay more for truck drivers during a period of high demand.

Customers turned to trucks because they "lost confidence in the ability of the railroads to meet their inventory needs," railroad operator Genesee & Wyoming Inc's chief executive officer, Jack Hellmann, said earlier this month.

The vast majority of trucks are secured a year or more ahead of time, so companies seeking trucks for emergency back-up turned to online forums where available trucks advertise their availability and receive bids from needy shippers.

That often causes a short-term spike in rates during the winter, when transit tends to slow down. But this year's rally was much sharper and widespread than usual. Rates for refrigerated trucks and rigs hauling standardized containers, which rarely rise in winter, also surged.

Next day prices for trucks were up nearly 20 percent, the transportation intelligence group FTR Associates estimated.

Shippers sending metals or lumber on flatbed trucks, for example, saw costs rise as much as 20 cents a mile from January to March ($1.55-$1.75) on the spot market, according to DAT Solutions, which runs a matching service for carriers.

Few trucking analysts expect a repeat of this year's winter rail woes any time soon, but some hope it may draw new investment to a neglected but important corner of the economy.

Nearly 70 percent of all domestic freight tonnage is sent by road, according to the American Trucking Association, yet the industry never fully recovered from the financial crisis.

In 2008 nearly 3,000 trucking companies, mainly small and owner-operators, went out of business, according to the U.S. Internal Revenue Service. An estimated 200,000 drivers were laid off between January 2007 and February 2010, the Bureau of Labor Statistics said.

In March, there were 30,000 unfilled driver jobs, according to the ATA. Firms are struggling to attract drivers because of stagnant wages and long working hours.

Houston's Trimac estimates it would have to increase annual revenue by 30 percent if it were to buy enough new equipment to handle the amount of freight demand coming down the pipeline. It has declined to say if it is investing in more trucks.

[Image of a tractor via Shutterstock]