Portrait of activist Malala Yousafzai sells for $102,500 in benefit auction for Nigerian girls 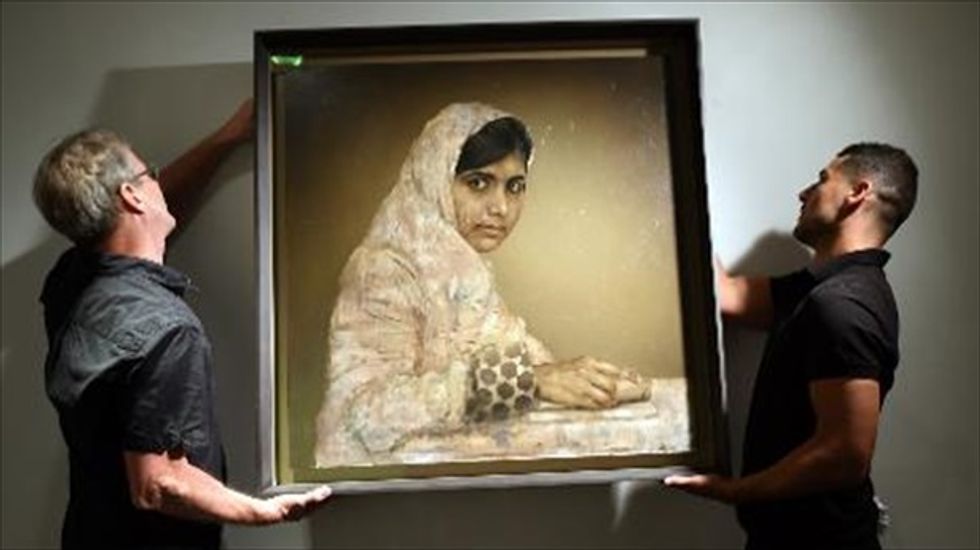 Workers hang a painting by Jonathan Yeo titled 'Girl Reading (Malala Yousafzai)' before the start of the auction on May 14, 2014 in New York [AFP]

A painted portrait of Malala Yousafzai, the Pakistani schoolgirl shot in the head by the Taliban, fetched $102,500 at auction Wednesday in New York -- with the money going to female education in Nigeria.

The proceeds will be donated from her Malala Fund to a special fund designed to assist local NGOs working to educate girls and women in Nigeria, where more than 200 schoolgirls are missing after being snatched at gun point last month by extremists.

But after several bids it was snapped up in just a few minutes at a higher price.

Malala, now 16, was shot by a Taliban gunman in 2012 over her outspoken views on education for girls in her home region of northwest Pakistan. After undergoing extensive medical treatment, she now lives in Britain.