Report: Passage of anti-LGBT laws in Uganda led to ten-fold increase in attacks 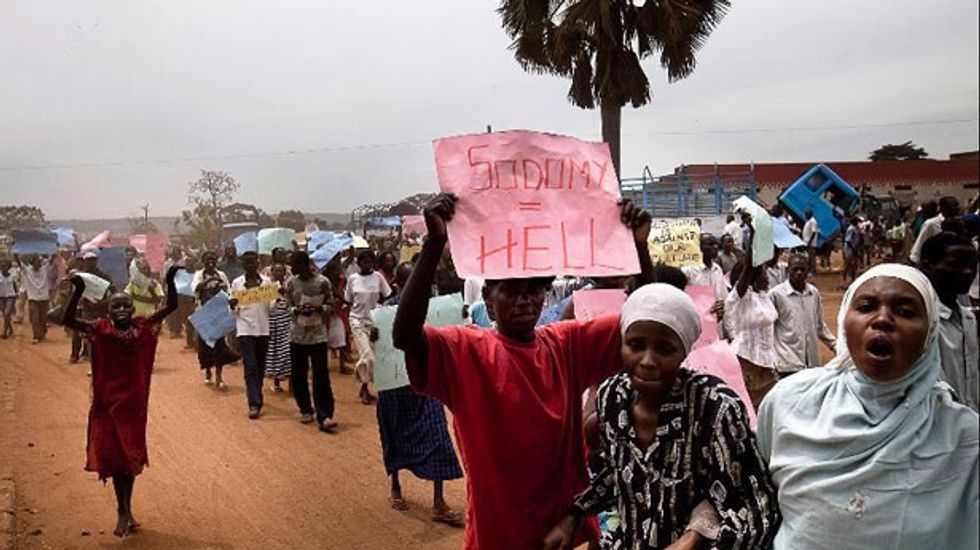 Uganda has suffered an alarming rise in attacks on gay and lesbian people since it passed an anti-homosexuality law late last year, research has found.

The report, compiled by Sexual Minorities Uganda, detailed an attempted lynching, mob violence, homes burned down, blackmail, lost jobs, arrests, evictions and suicides. The number of recorded incidents had increased tenfold, the group said. At least 25 people were reported to have fled Uganda, seeking asylum in neighbouring Kenya and Rwanda.

In many cases tabloid newspapers published stories identifying men or women who were subsequently disowned by their family or assaulted in the street. Several are facing prosecution.

The anti-homosexuality act (AHA) was ratified by the Ugandan parliament on 20 December last year and signed into force, in the face of international protests, by President Yoweri Museveni in late February.

Consensual sex between same-sex adults had been illegal since British colonial rule. The new law, however, created additional crimes such as "aggravated homosexuality", where a couple living in a committed same-sex relationship face a life sentence; "promotion of homosexuality", which carries a five-year sentence; and "aiding and abetting homosexuality", with a maximum sentence of seven years.

"The passing of AHA has given permission to a culture of extreme and violent homophobia whereby both state and non-state actors are free to persecute Uganda's LGBTI people with impunity," the report stated.

The survey recorded 162 incidents since the legislation was passed by parliament. By comparison, Sexual Minorities Uganda recorded only eight incidents in the rest of 2013 and 19 in the whole of 2012.

"[This] represents an increase of between 750% and 1,900% on previous years," the report noted, "an increase which can only be explained by the passage of the AHA and the virulently homophobic atmosphere this has engendered."

In four cases, men accused of being gay were reported to have been kidnapped and tortured. There were 29 incidents where the media "outed" individuals who were later subjected to further persecution.

A 17-year-old boy killed himself by swallowing rat poison and pills on 3 April because he felt his life had no further value, according to the survey.

Jonathan Cooper of the London-based Human Dignity Trust, which supports legal action to decriminalise homosexuality around the world, said: "This report shows the human price that is paid when the LGBTI community is targeted in this way.

"Instead of being able to get on with their lives whilst enjoying the prospect of love and intimacy that all people should be able to expect, LGBTI Ugandans are vilified, degraded and demeaned.

"The Ugandan constitution must be applied to all Ugandans and Uganda has to stop tormenting its LGBTI citizens and start respecting their human rights."