Researchers: Injections of young blood may reverse some effects of ageing 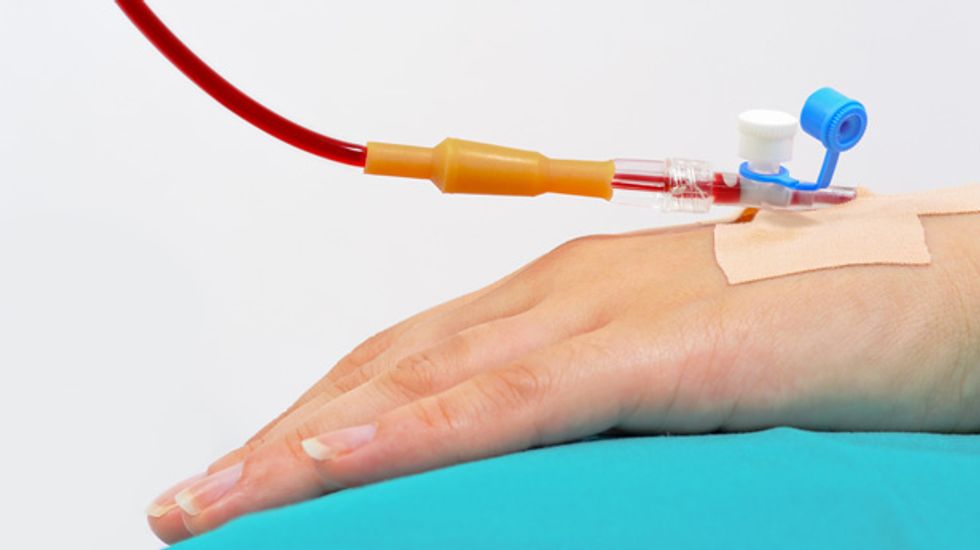 Researchers in the US are closing in on a therapy that could reverse harmful ageing processes in the brain, muscles, heart and other organs. Hopes have been raised by three separate reports released by major journals on Sunday that demonstrate in experiments on mice the dramatic rejuvenating effects of chemicals found naturally in young blood.

Infusions of young blood reversed age-related declines in memory and learning, brain function, muscle strength and stamina, researchers found. In two of the reports, scientists identified a single chemical in blood that appears to reverse some of the damage caused by ageing.

Although all three studies were done in mice, researchers believe a similar rejuvenating therapy should work in humans. A clinical trial is expected to begin in the next three to five years.

"The evidence is strong enough now, in multiple tissues, that it's warranted to try and apply this in humans," said Saul Villeda, first author of one of the studies at the University of California in San Francisco.

Ageing is one of the greatest risk factors for a slew of major conditions, from cancer and heart disease to diabetes and dementia. As the population grows older, the proportion of people suffering from such conditions soars. A therapy that slows or reverses age-related damage in the body has the potential to prevent a public health crisis by delaying the onset of several diseases at once.

The three studies took a similar approach to investigate the anti-ageing effects of young blood. Old and young mice were paired up and joined like conjoined twins. To do this, researchers made an incision along the side of each mouse and let the wounds heal in a way that joined the animals together. The procedure meant that the mice shared each other's blood supplies.

Villeda found that blood from three-month-old mice reversed some age-related changes in the brains of 18-month-old mice. The animals grew more and stronger neural connections in a region called the hippocampus, meaning the brain cells could talk to each other more effectively, according to a report in Nature Medicine. An 18-month-old mouse is considered to be equivalent in age to a 70-year-old person.

Villeda went on to inject blood plasma – or blood without the blood cells – from young mice into older animals. The infusions had a striking impact on the animals' performance. Aged rodents given young blood plasma found their way around a water maze as well as six-month-old mice, and reacted like three-month-olds in an experiment that tested how well they remembered a threatening environment.

"There's something about young blood that can literally reverse the impairments you see in the older brain," Villeda told the Guardian. But he stressed that mice were not humans. "I wish our manuscript could come with a big caption that says 'Do not try this at home'. We need a clinical trial to see if this applies to humans, and to see if there are effects that we don't want."

Villeda said the anti-ageing effect was linked to a protein called Creb that acts like a master regulator in the brain. Young blood plasma makes Creb more active, and this turns on genes that drive neural connections.

In two further studies, researchers at Harvard University showed that infusions of young blood rejuvenated the brains and muscles of older mice. Chemicals in young blood encouraged the growth of blood vessels in the aged brain, which improved circulation in the organ. They also boosted the numbers of neural stem cells, which mature into brain cells. Older mice that received young blood had a sharpened sense of smell, able to distinguish odours as well as young animals could.

"It is possible that increased blood flow might result in increased neural activity and function, opening new therapeutic strategies for treating age-related neurodegenerative conditions," the authors wrote in the journal Science. Intriguingly, when older blood was given to young mice, scientists noticed a dramatic reduction in neural stem cells in their brains.

Similar infusions of young blood rejuvenated muscle tissue in older mice, boosting their strength and exercise endurance, according to another paper in Science.

The Harvard teams went on to show they could replicate the anti-ageing effects of young blood with injections of a single blood protein called GDF11. The amount of GDF11 in the blood slumps when mice grow old. The injections restored the protein to more youthful levels.

Amy Wagers, a senior author on both Harvard papers, said there was good reason to think that a similar approach could help combat the effects of ageing in older people.

"The protein is identical in mice and humans and it is also present in the bloodstream in humans. Our preliminary analyses suggest that it is similarly down-regulated with age, so we think its effects are likely to translate to humans," she told the Guardian.

Last year Wagers showed that GDF11 reversed some effects of ageing in mouse hearts. Barring unexpected hurdles, she expects to start clinical trials of GDF11 in humans in three to five years.

Doug Melton, a stem cell scientist at Harvard, said: "This should give us all hope for a healthier future. We all wonder why we were stronger and mentally more agile when young. There seems to be little question that, at least in animals, GDF11 has an amazing capacity to restore ageing muscle and brain function."