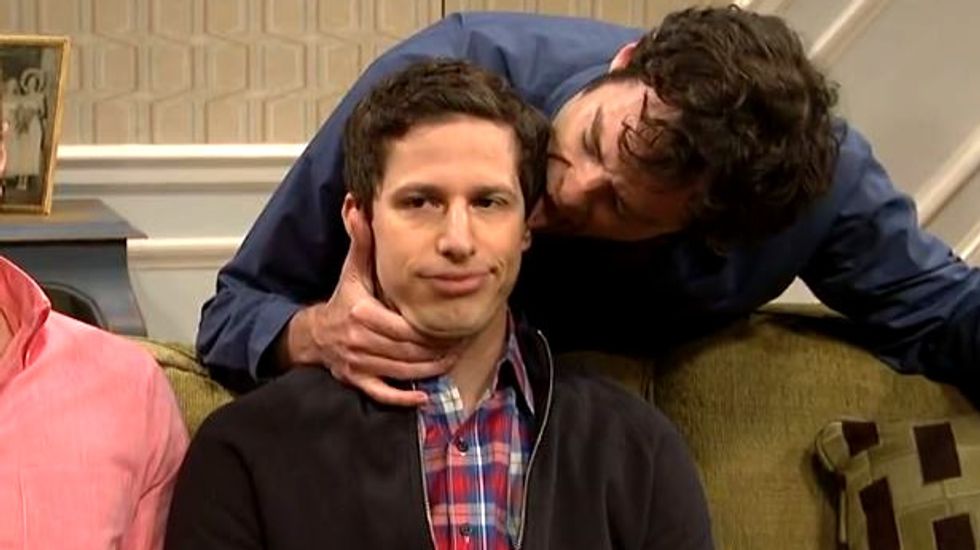 On the season finale of Saturday Night Live, the show reunited the kissing Vogelcheck family in order to demonstrate the absurdity of the national response to ESPN airing Michel Sam kissing his boyfriend after he was drafted.

As usual, the members of the family greet each with vigorous, prolonged make-out sessions that leave the guest feeling incredibly uncomfortable. This continues until the St. Louis Rams select Michael Sam, and ESPN cuts to images from Sam's house in which he lightly pecks his boyfriend on the lips.

A shocked Hader says, "that seems like a lot for TV," then immediately begins fondling and kissing Wiig's breasts.

At which point, Killam steps back and says, "I'm sorry, I didn't say anything when you people made-out as a family, but I think you're being a little close-minded about a happy couple celebrating on television who just happen to be gay."

Watch the entire skit from the May 18, 2014 episode of Saturday Night Live below.