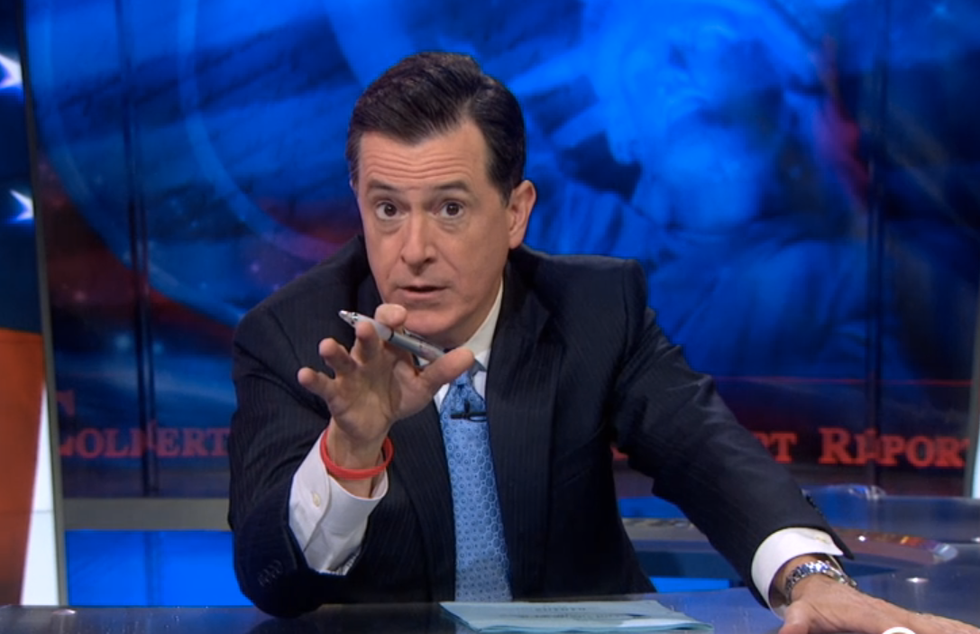 On Monday night, Stephen Colbert took on the topic of sexual orientation and professional sports, saying that there's a time and place for everything, and that the only place for discussing a player's sexuality is in court documents and arrest reports.

He began by telling the audience that he hoped they watched the NFL draft over the weekend, "because it's the only place these days where you can see college graduates getting jobs."

Openly gay player Michael Sam was drafted by the St. Louis Rams, an announcement that Sam celebrated on camera by kissing his boyfriend.

"Michael Sam's war on traditional gridiron values began as soon as he got the phone call," said Colbert of the kiss.

After showing a clip of the kiss, Colbert blew a ref's whistle and called a penalty, "Holding! Unnecessary tenderness."

He went on to say that in the NFL, sexuality is supposed to take place out of sight "and the fans should only find out about it when the charges are filed."