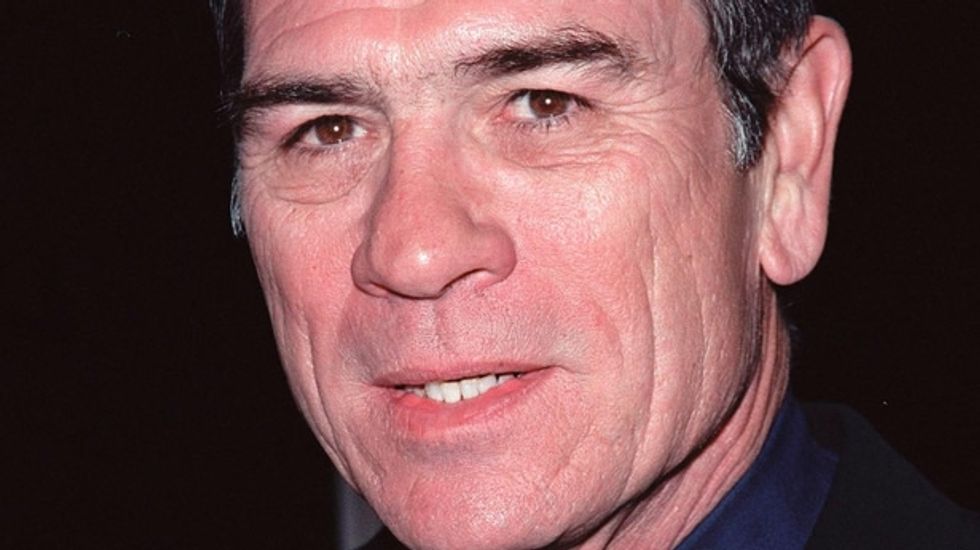 Actor-director Tommy Lee Jones said that his new film, The Homesman, set during the mid-19th century western expansion of the United States, was about "American imperialism" across the continent. Speaking to journalists at the Cannes film festival after the world premiere screening, he said: "I won't try to hide the fact that a consideration of American imperialism on the west side of the Mississippi river is the film's underlying theme."

He added: "[The film] is a consideration of the history of western expansion; a way of looking at what the schoolchildren of America learn when the subject of manifest destiny comes up."

"Manifest destiny" is the term used to describe the doctrine held by European settlers to the US that they held a natural (and divine) right to move west and occupy the remaining land, resulting in long-running conflict with Native Americans and large-scale alterations to the natural landscape.

The Homesman tells the story of religious homesteader Mary Bee Cuddy (played by Hilary Swank) who hires "homesman" George Briggs (Jones) to help her transport three mentally-ill women away from their hardscrabble lives on the frontier back east to the care of a cleric in Iowa. It is Jones' fourth credit as director, and his second film at Cannes after The Three Burials of Melquiades Estrada in 2005, which won best actor (for Jones) and best screenplay (for Guillermo Arriaga).

Though the film – and the 1988 novel by Glendon Swarthout that it is adapted from – would appear to be firmly placed within the western genre, Jones said he "didn't think about" the term; preferring to describe The Homesman as "a film about American history".

At one point in the film Swank and Jones' characters are confronted by a Pawnee raiding party and have a horse stolen, but Jones rejected any suggestion that he had "stereotyped" Native Americans in his film. "I don't have any concerns about that whatsoever. The actors were all Native Americans of Pueblo descent … I was proud they were looked like Pawnees, and not ashamed of the fact they were considered by our characters potentially to be homicidal. We're not bending the truth, or stereotyping anybody. That's the last thing we want to do."

Despite the classic American themes, The Homesman still faced a struggle to get made, as production was only able to begin after receiving the backing of French indie powerhouse Europa Corp, headed by Luc Besson. Producer Michael Ftizgerald said: "We would never have got this picture made in [the Hollywood] system. If we hadn't gone to Luc Besson we would not be here. It's indefensible."

The gallery in the Idaho House was restricted to limited seating on the first day of a special session in late August. Lawmakers wanted space to socially distance as they considered issues related to the pandemic and the November election.