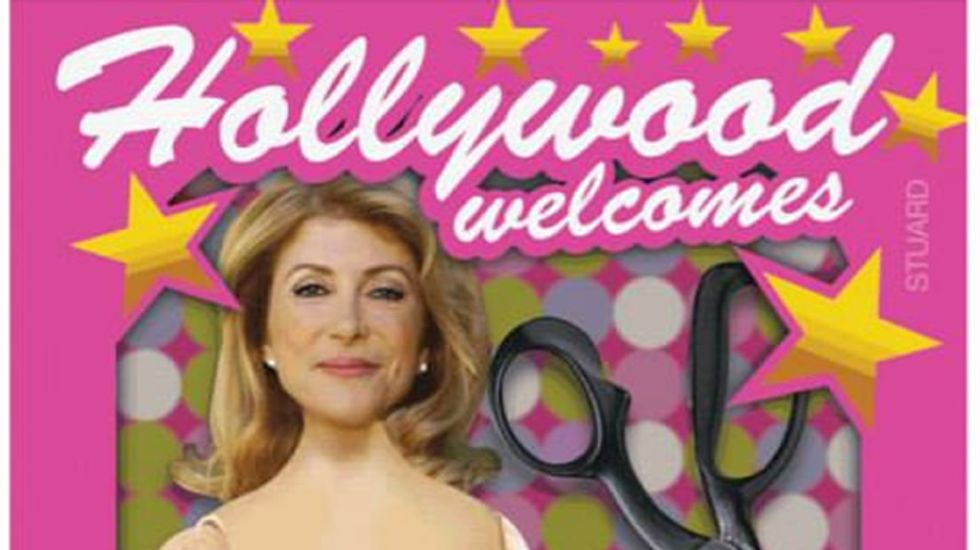 Conservatives started calling Davis "abortion barbie" after RedState's Erick Erickson jokingly referred to her as such in January. The poster shows Davis's face over semi-naked Barbie whose womb is exposed. She is holding an African-American baby in her left hand.

"It hits people with the truth,” said Kathryn Stuard. The artist is very edgy...I do support [Republican gubernatorial candidate Greg] Abbott but the campaign had nothing to do with these [posters]."

Yesterday, she claimed that the didn't commission these posters specifically, that she only "helped fund [Sabo's] ongoing project":

@KoltenParker I said I helped fund the artist's ongoing project. I never commissioned or asked him to do this 'for me'. Please correct

The Davis campaign claimed not to know who created the posters, but the artist responsible for them is the same Breitbart contributor -- "Sabo" -- who created the offensive posters of Nancy Pelosi twerking last month. His signature is visible on the poster, and he took credit for making them on his Facebook page:

In a statement on Thursday, Davis campaign spokesman Zac Petkanas said that irrespective of who made them, "Greg Abbott's refusal to denounce these nasty campaign posters is offensive but not surprising. Whether it's paying the women in his office less than men for doing the same work or campaigning with an admitted sexual predator, it seems that Greg Abbott can't let a week go by without showing how out of touch he is with women."