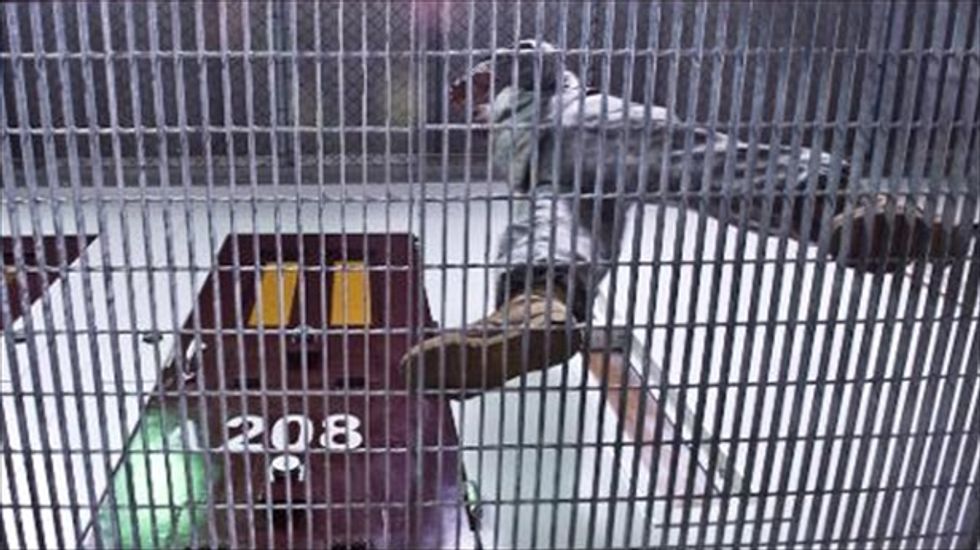 The United States has appealed an order from a military judge at the U.S. jail in Guantanamo that they turn over information on secret CIA interrogation centers.

In a 26-page document dated April 23 but only just declassified, top military prosecutor Mark Martins asked the judge to re-evaluate his order from April 14.

In that decision, Army Colonel James Pohl ordered the government to turn over to the defense information on where accused USS Cole bombing mastermind Abd Rahim al-Nashiri was held between his capture and his arrival at Guantanamo Bay.

The order calls for the release of "all records, photographs, videos and summaries," on the conditions of his confinement in each prison and during transport during that period.

The Saudi suspect, who faces the death penalty over the USS Cole attack and the 2002 attack on French oil tanker, the MV Limburg, endured harsh interrogation techniques between his 2002 arrest and his transfer to Guantanamo in September 2006.

Lawyers for the five 9/11 suspects being held at Guantanamo have also said their clients were subjected to "enhanced interrogation techniques" at CIA sites and have requested a similar ruling in their cases.

For instance, the self-proclaimed mastermind of the September 11,2001 attacks, Pakistani Khalid Sheikh Mohammed, was subjected to water-boarding 183 times, before being transported to Guantanamo.

The defense lawyers argue they have only received a small portion of the information on the period during which their clients were held by the CIA.

In the appeal filed in the Nashiri case, general Martins invokes "national security" multiple times and asks the judge to await the upcoming publication of a Senate report on the detention and interrogation program used after the 9/11 attacks.

The prosecutor noted that, "to date, the government has produced more than 245,000 pages of discovery to the defense."

He said they have also provided "substitutions, summaries, or statements" of classified information, which are allowed as long as the accused "would have substantially the same ability to make his defense."

The prosecutor argued Pohl had exceeded his powers, because the laws governing the special military tribunal require him to avoid creating situations in which the government is "compelled to choose between protecting classified information necessary for national security and holding an accused accountable" for war crimes and other serious offenses.