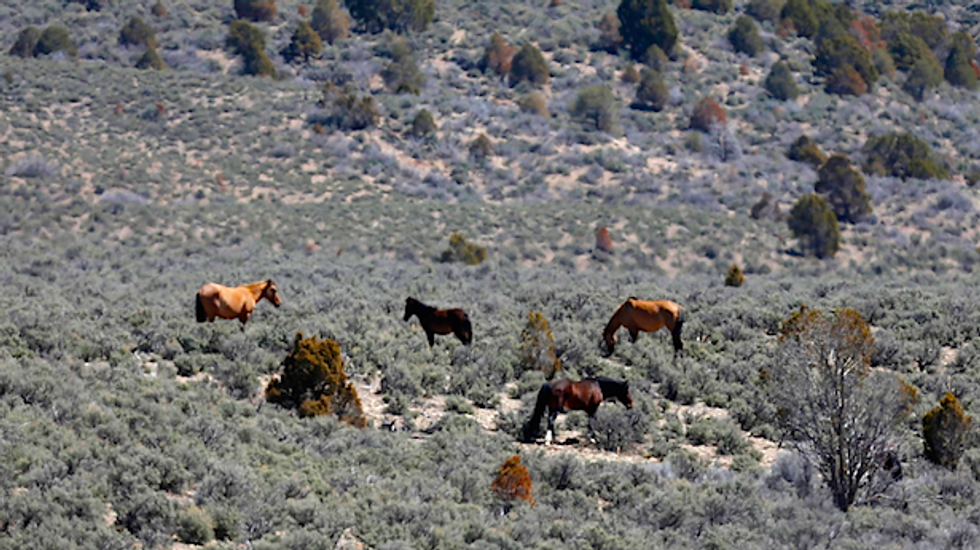 A group of Utah ranchers has asked a judge to order the Bureau of Land Management to reduce the number of wild horses roaming public grazing lands, saying the agency has failed to manage the herds which area decimating grasses needed for grazing cattle.

The ranchers, organized as the Western Rangeland Conservation Association, contend the bureau has violated the 1971 Wild Horses and Burro Act by failing to keep herd numbers at levels set by the agency itself.

The herds, which grow by about 20 percent annually, have not been culled for several years due to budget constraints.

Filed on Wednesday in Salt Lake City's U.S. District Court, the lawsuit says that damage by horses, such as the destruction of fencing and water resources, is costly and ranchers are powerless to act because the horses are federally protected.

The Bureau of Land Management's Utah spokeswoman Megan Crandall declined to comment on the lawsuit on Thursday, citing the agency's litigation policy.

The lawsuit seeks an injunction against the bureau and an order forcing the agency to round up the horses, which would be then offered for adoption by the bureau.

On its website, the bureau estimates the population of free-roaming wild horse and burros across the West at more than 40,600 -- nearly 14,000 more than it says should be allowed.

But wild horses numbers in Utah are a matter of dispute.

Bureau data from 2013 estimates between 400 and 500 horses roam the range in southwestern and central Utah.

Officials in Iron County, about 250 miles south of Salt Lake City, however, say the number may be closer to 2,000 and last month launched an independent roundup effort.

"This focus on wild horses is a strategy to divert attention away from the bigger issue of whether our public land can sustain large scale livestock grazing," said Suzanne Roy of the American Wild Horse Preservation Campaign, which has intervened in similar lawsuits in Nevada and Wyoming.

Her group opposes the roundups, instead suggesting horse populations be managed with birth control, a method recommended in a recent National Academy of Sciences report.