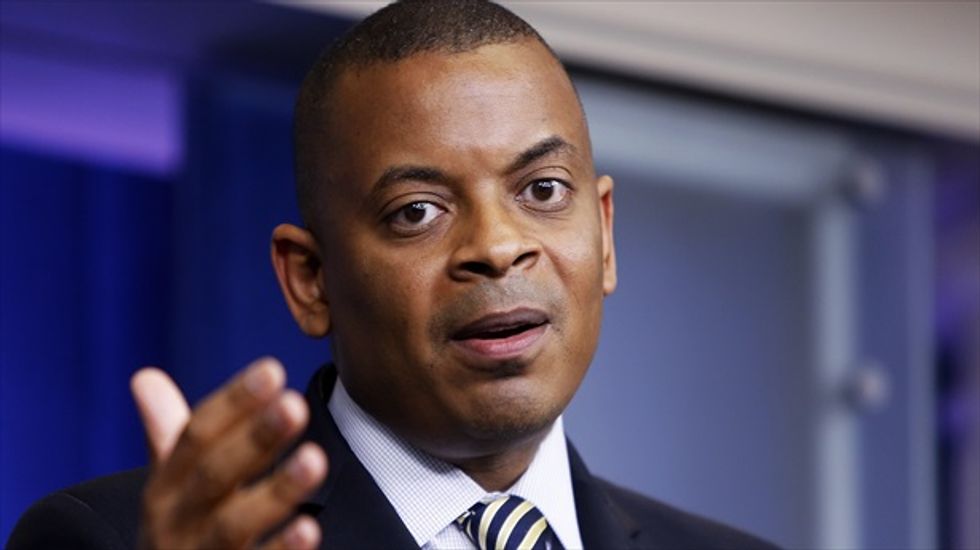 WASHINGTON (Reuters) - The Obama administration on Monday warned 700,000 jobs could be lost if Congress misses a deadline to replenish a highway spending fund and said Senate legislation could fall short of a long-term solution to maintain U.S. infrastructure.

Transportation Secretary Anthony Foxx called for passage of the administration's proposed $302 billion, four-year transportation bill that would end some business tax breaks to boost funding for the Highway Trust Fund. The fund must be reauthorized by the end of September, but could run out of money as early as late summer, the White House said.

"Unless Congress acts, up to 700,000 Americans will lose their jobs over the next year and road work, bridge building, transit maintenance - all of these types of projects - may be delayed or shut down completely," Foxx told a White House briefing.

President Barack Obama is due to make a pitch for boosting spending for highway repair in New York on Wednesday.

Foxx said the administration's proposal, which would raise $150 billion from corporate tax reform, would permit thousands of projects to go forward and create jobs for hundreds of thousands of workers.

Lawmakers will have to resolve the dilemma of how to pour money back into the Highway Trust Fund, which is supported by taxes on motor fuels. With Americans driving less and using cars with greater fuel efficiency, the fund hasn't kept pace with spending.

In response to a question about Senate Democrats focusing on a bill that would have significantly less spending than Obama's legislation, Foxx questioned whether it would be enough.

"I just spent the better part of a week going to eight states, 12 cities large and small, and I have tell you that America has been waiting on a bigger solution," he said.

Senator Barbara Boxer, a Democrat of California, has said her bill would keep transportation funding at its current level of about $55 billion, adjusted for inflation, over six years. She was due to make public the details of the legislation on Monday.

Foxx said he was "encouraged" by Boxer's efforts to find a solution.

Even though the trucking industry, the U.S. Chamber of Commerce and many state transportation directors say the simple solution is to raise fuel taxes that have been unchanged since 1993, election year politics have made the tax increase taboo for both Democrats and Republicans.

The White House noted that 65 percent of U.S. major roads are rated in less than good condition and Americans waste 5.5 billion extra hours of travel time due to congestion, and United States lags other industrial countries in infrastructure investment as a share of gross domestic product.

[Image: U.S. Transportation Secretary Anthony Foxx addresses reporters during the daily press briefing at the White House in Washington May 12, 2014. By Jonathan Ernst for Reuters]