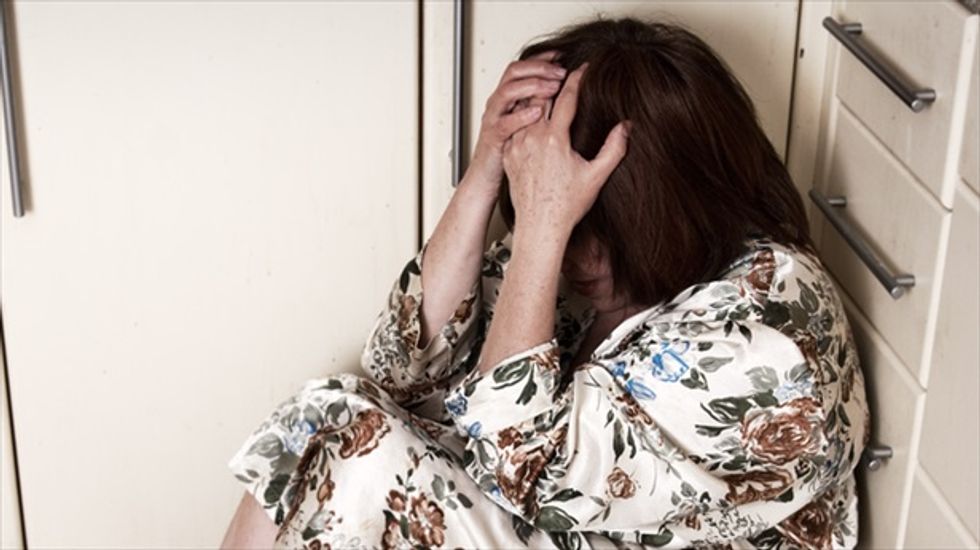 More than 700 million women worldwide are subject to physical or sexual violence from their husbands or partners, many with little right to protection, the World Bank said Wednesday.

The problem is worst in South Asia and Africa, where more than two women in five have experienced violence at the hands of a partner, the Bank said.

In a sweeping new report, "Voice and Agency", the Bank said such violence and other systematic disadvantages and deprivations endured by women are important factors in limiting their achievement and keeping hundreds of millions locked in poverty.

The report argues that empowering women and removing social and legal barriers to their advancement will benefit much broader groups of society.

"Overcoming these deprivations and constraints is central to efforts to end extreme poverty and boost shared prosperity," it said.

"Full and equal participation also requires that all people have voice -- meaning the capacity to speak up and be heard, from homes to houses of parliament, and to shape and share in discussions, discourse, and decisions that affect them."

The report described numerous ways in which women worldwide are denied "agency" -- the ability to rise above their situation on their own efforts.

Widespread conjugal violence against them is just one issue of deprivation. Women are much less able to own land; in some countries women cannot move around without permission; women are "grossly" underrepresented in formal positions of power around the world.

The impact of teen pregnancy, another type of limitation on agency, is deep, the report said. One in five women in developing countries becomes pregnant before reaching 18. Measuring based on lost income, the phenomenon adds up to one percent of annual gross domestic product in China to as much as 30 percent in Uganda.

Gender-based violence can cost from 1.2 percent to 3.7 percent of GDP, it said.

The report pointed to gains that have been made in education as proof of both that social norms can change under pressure and encouragement, and that agency can improve lives.

Globally, it noted, the gap between schooling for boys and girls has narrowed to three percentage points -- 69 percent of girls are enrolled in secondary school compared with 72 percent of boys.

In Bangladesh, the report noted, "the increasing value placed on women as economic earners explains why parents now educate their daughters as well as their sons."

"Amplifying the voices of women and increasing their agency can yield broad development dividends for them and for their families, communities, and societies."

[Image: "Adult woman crying sitting on the floor," via Shutterstock]