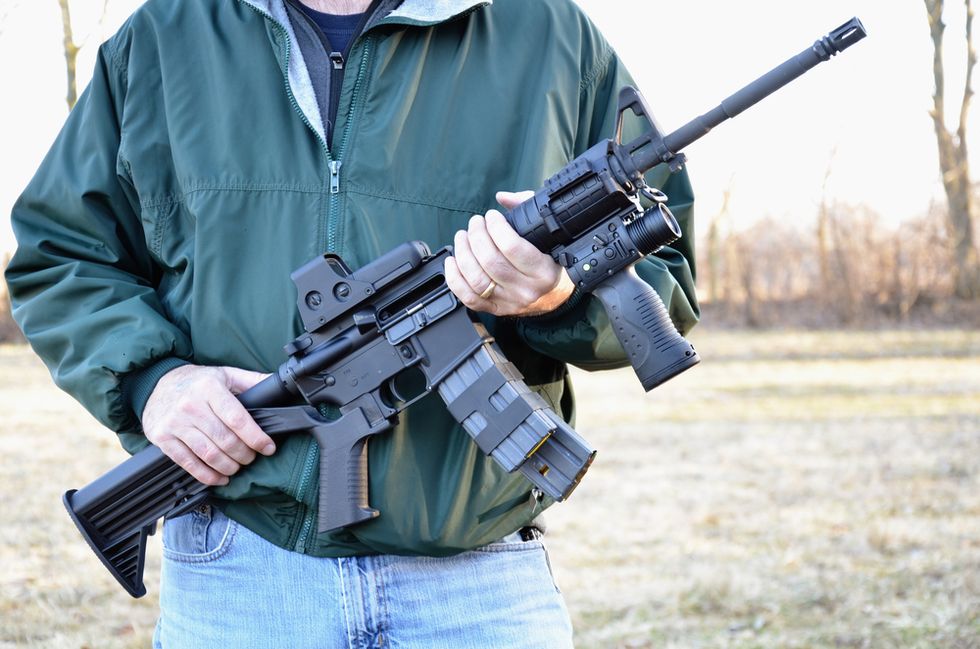 Sunday's execution-style slayings of two Las Vegas police officers are part of a rising trend of violence against peace officers by right-wing extremists. The Anti-Defamation League said in a press release on Monday that adherents to right-wing ideologies are waging a "de facto war" against police.

“The two police officers who lost their lives are only the latest in a series of casualties in a de facto war being waged against police by right-wing extremists, including both anti-government extremists and white supremacists,” said Mark Pitcavage, ADL Director of Investigative Research.

He continued, "Some extremists have deliberately targeted police, while others have responded violently when meeting police in unplanned encounters. The killings are not the effort of a concerted campaign, but rather a series of independent attacks and clashes stemming from right-wing ideologies.”

Jerad and Amanda Miller were anti-government and conspiracy-obsessed. They spent their time online speaking out on behalf of armed resistance to the U.S. government and rhapsodizing about killing police. Jerad was a vituperative supporter of the Second Amendment, an avowed sovereign citizen and envisioned himself as a warrior against the New World Order.

Amanda Miller was a commenter at Alex Jones' conspiracy hub InfoWars.com and both Millers believed that the government is poisoning the U.S. population by leaving "chemtrails" of chemical and biological agents in the sky.

ADL researchers have tracked the steep uptick in anti-police violence by conservatives, finding that "(i)n the 1960s and 1970s it was left-wing groups like the Black Lib­er­a­tion Army which targeted police for killing. How­ever, by the 1980s, right-wing extrem­ists began to sur­pass left-wing extrem­ists in caus­ing police deaths."

The number of right-wing groups and militias exploded during the 1990s, when Democratic Pres. Bill Clinton was in office.

The organization counted 43 instances of ideologically-motivated violence against law enforcement personnel between 2009 and 2013.

"Of these 43 inci­dents, fully 39 of them involved extrem­ists sport­ing some sort of extreme right-wing ide­ol­ogy," the group said. "White suprema­cists took part in 21 inci­dents, while anti-government extrem­ists were involved in 17 more." Of the remaining incidents, one involved a far-right anti-Muslim extremist, three involved domestic Islamic extremists and one lone event involved a left-wing extremist.

“Extreme ideologies seem to provoke some right-wing radicals into directly attacking police officers,” said Pitcavage. “Anti-government extremists such as militia groups and sovereign citizens believe that police are agents of the illegitimate government, while white supremacists believe that police are tools of the ‘Jewish-controlled’ government. The same ideologies can cause extremists to act out violently when they randomly encounter police in routine situations.”

In 2009, the Department of Homeland Security issued a report warning of precisely this type of surge in right-wing violence in the U.S., but, according to Right Wing Watch, "Right-wing groups and their allies in Congress created a fuss about the report, claiming that it was an attack on conservatives, Christians and veterans."

"Eventually, the pressure led DHS to retract the report and later to cut back the team that produced it," wrote Miranda Blue at Right Wing Watch. The political attacks on the agency ultimately "undermined law enforcement’s ability to address the “growing and dangerous problem” of violent right-wing extremism."