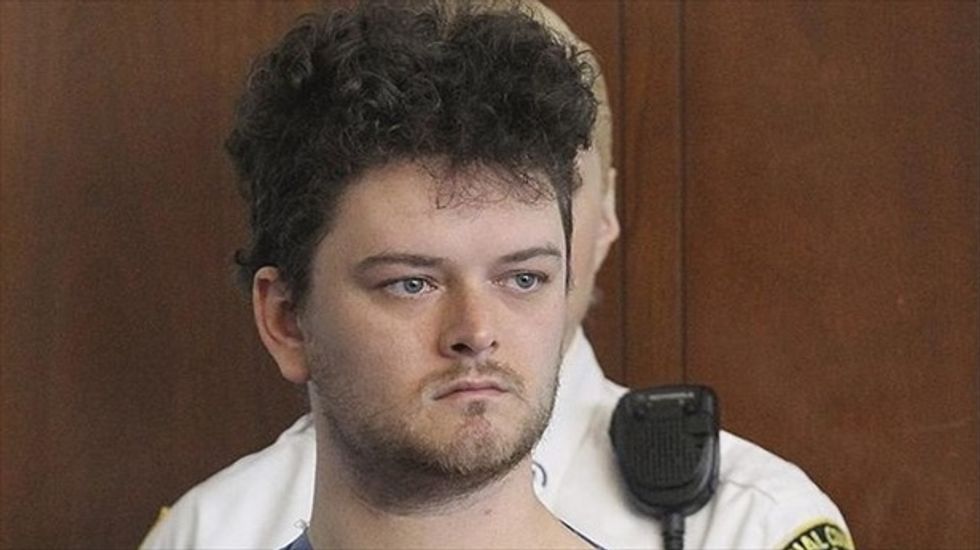 (Reuters) - Prosecutors have dropped a bomb threat charge against a man who was arrested in April for walking through the finish area of the Boston Marathon carrying a black backpack on the anniversary of the 2013 attack, officials said on Tuesday.

Kevin Edson, 25, had faced a maximum of 20 years in prison on the charge before it was terminated, though he still faces a possible five-year sentence for carrying a hoax device, said Jake Wark, spokesman for the Suffolk County District Attorney's Office.

In April, Edson carried a backpack containing what he described to police as a rice cooker at the finish line of the 2013 Boston Marathon, prompting the evacuation of a crowded downtown street that hours earlier had been the site of a memorial for the victims of the bombing.

In the 2013 Boston Marathon bombings, bombs made with pressure cookers and left in backpacks near the finish line killed three people and injured 264.

Wark said the attorney's office did not have enough evidence to secure an indictment from a grand jury on the bomb threat charge because id did not have proof Edson communicated an overt threat to detonate a bomb.

"It would be inappropriate to indict a case that we know we could not prove," Wark said. "It doesn’t change the allegations at all. The fact pattern is exactly as it was back in April."

Wark added that maximum sentences are not usually handed down on these charges.

Edson pleaded not guilty to possessing a hoax device, disorderly conduct, disturbing the peace, and disturbing a public assembly.

[Image: Kevin Edson, 25, is arraigned in Municipal Court and charged with possession of a hoax device and making a false bomb threat in Boston April 16, 2014. REUTERS/Wendy Maeda/Boston Globe/Pool]