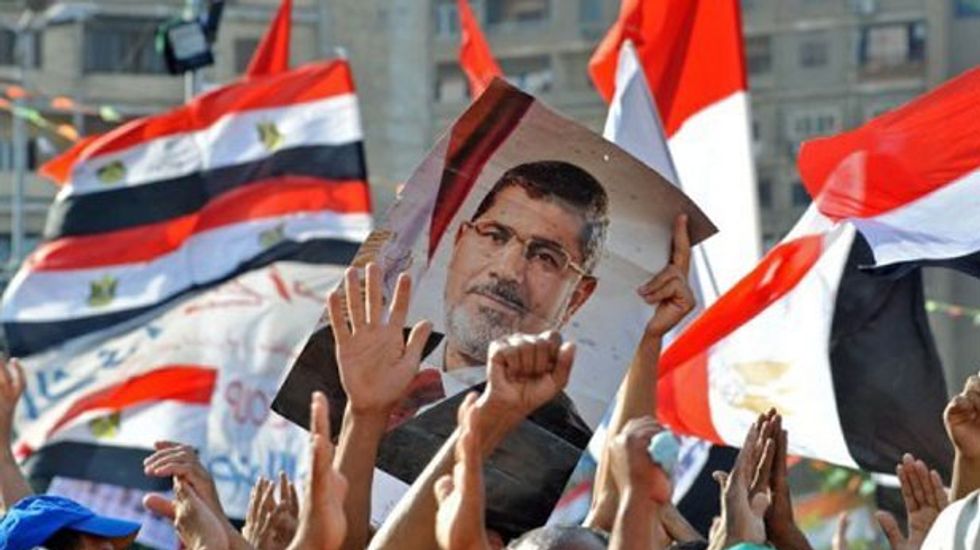 An Egyptian court sentenced 12 supporters of ousted Islamist president Mohamed Morsi to death on Wednesday on charges connected to the fatal shooting of a police general last year.

Eight of them, including the man convicted of firing the fatal bullet, are in custody, while the other four are on the run and were tried in absentia.

The officer was killed during a police raid on an Islamist stronghold in the capital on September 19, part of bloody crackdown in the wake of the army's overthrow of Morsi in July.

The accused were also charged with "membership of a jihadist organisation" and attempted murder of police while resisting the raid.

In all, 23 defendants stood trial, 12 of them in custody.

A final ruling on sentence is scheduled for August 6 after Egypt's mufti, or top Muslim cleric, has given his opinion, which is not binding on the court.

The death sentences are the latest of hundreds handed down against Islamists in the crackdown since Morsi's overthrow.

They come 10 days after the former army chief who led the July move against the elected president took the oath of office.

Abdel Fattah al-Sisi was elected with 96.9 percent of the vote in late May after eliminating virtually all opposition, Islamist or secular.