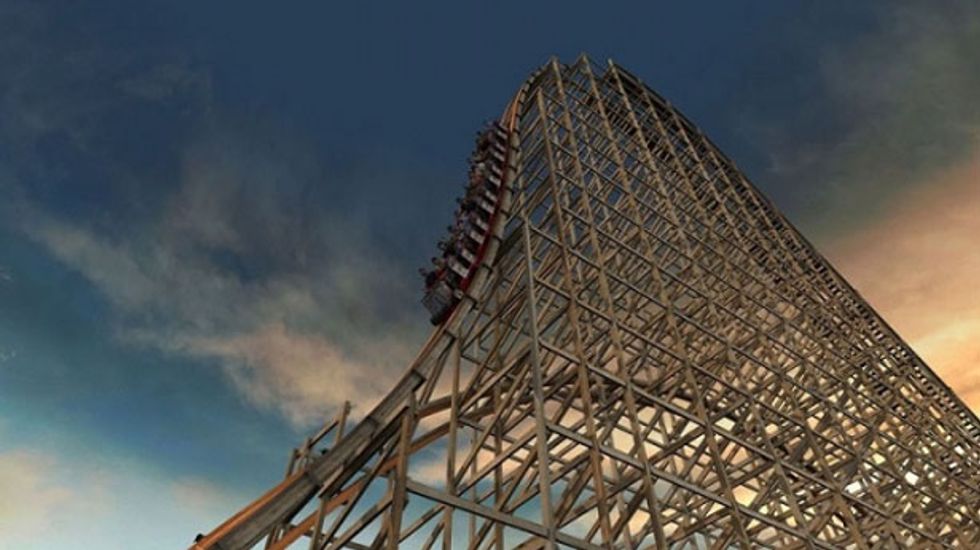 The coaster reaches top speeds of 72 mph (116 kph) and has the steepest drop of any wooden coaster - a near-vertical 85-degree plunge from an 180-foot (55 meter) height, according to the park in Gurnee, about 40 miles (64 km) north of Chicago.

"Everybody who came into the park today was standing in the Goliath queue," said Six Flags spokeswoman Katy Enrique.

Wooden roller coasters, which typically have running rails of flattened steel strips mounted on a wooden track, have seen a revival in popularity since the mid-1990s.

That is partly because they are less expensive to build than steel coasters, while still providing the same, if not greater thrills, said Justin Kreindel, 32, an Atlanta attorney and coaster enthusiast who has ridden close to 200 different coasters worldwide.

Many coaster fans prefer wooden coasters, he said, since a steel coaster cannot replicate the "out-of-control feel" of a wooden coaster, although they are equally safe.