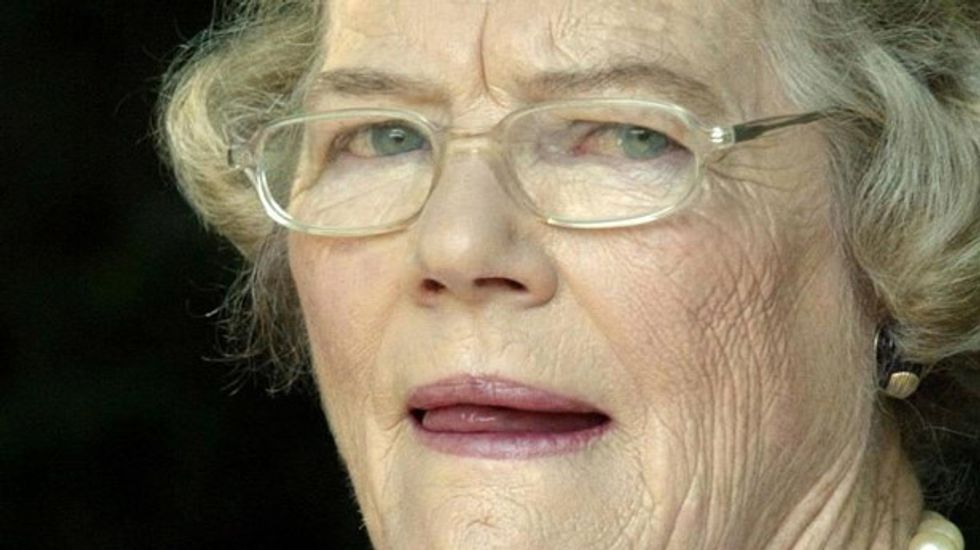 The baroness died peacefully at her home on Saturday surrounded by family members, following a short illness.

She was the youngest of Churchill's five children.

She married the Conservative politician Baron Christopher Soames, and they had three sons and two daughters.

Her late husband served as Britain's war secretary and ambassador to France, was a European commissioner and the last British governor of Southern Rhodesia before its transition to Zimbabwe.

Prime Minister David Cameron said he was "saddened" by the news.

"She was a wonderful, warm hearted woman who could always put others at ease," he said. "She was very kind to Samantha and me and we felt privileged to know her.

"In the week of the 70th anniversary of D-Day, we remember that she served her country in World War II and was an eye-witness to some of the most important moments in our recent history as she accompanied her father to key conferences," he added.

"She was a truly remarkable and extraordinary woman, who led a very distinguished life," the Conservative MP said.

"She was not just a wonderful mother to whom we were all devoted, but the head and heart of our family after our father died, and will be greatly missed.

"This is extraordinary timing -- just before the anniversary of the Normandy landings, Churchill's last surviving child dies. It is the great swing of history."

Mary Churchill worked for the Red Cross and the Women's Voluntary Service from 1939 to 1941. She joined the Auxiliary Territorial Service with whom she served in London, Belgium and Germany in mixed anti-aircraft batteries.

She also accompanied her father as aide-de-camp on several of his journeys abroad.

They included the 1945 Potsdam Conference, following the allied victory in Europe, where Churchill, US president Harry S. Truman and Soviet leader Joseph Stalin carved up the future of post-war Germany and Poland.

She was knighted for her public service, having worked in several organisations including chairing the Royal National Theatre.

She wrote an acclaimed biography of her mother, Clementine Churchill, in 1979, which won a Wolfson Prize, and her own memoirs.