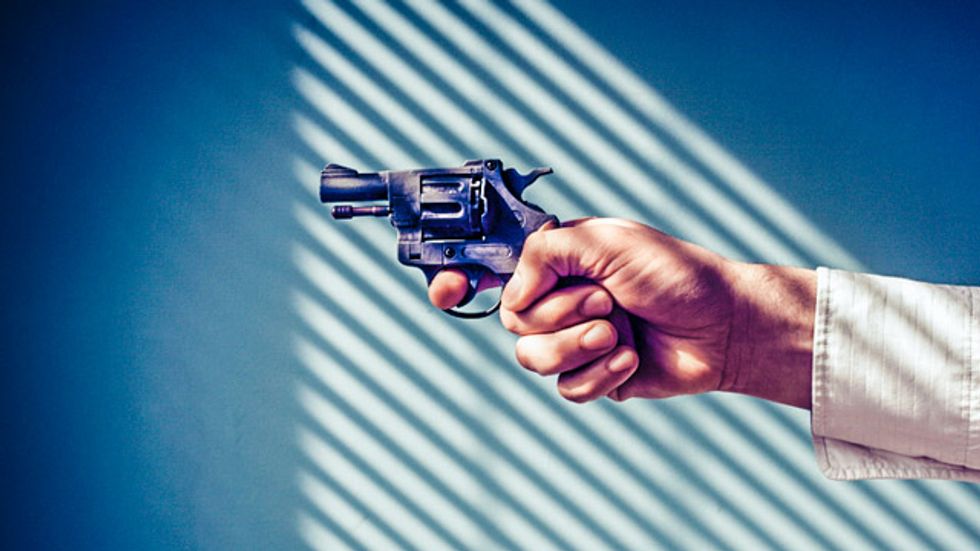 A Massachusetts man allegedly shot and killed his former girlfriend's lover through a bedroom window after seeing her inside with him, and then turned the gun on himself.

Police in Pawtucket, Rhode Island told The Providence Journal that 43-year-old Carver resident Robert Amado fired through 45-year-old Timothy J. Robillard's first-floor apartment window when he observed the couple together in the bedroom.

Amado came through the window and continued firing at Robillard, eventually killing him. The 45-year-old girlfriend, whose name was not released, was able to flee.

Police said Amado killed himself with a final shot. Both men were found dead by Pawtucket police at around 10 p.m. A revolver was located next to Amado's body.

Last year, a Carver man with the same name and age was indicted for allegedly stealing more than $150,000 worth of construction equipment in Massachusetts and surrounding states. The suspect in that case was accused of intimidating witnesses, but it was not immediately clear if it was the same Robert Amado.

[Photo: Man is pointing a revolver at a window via Shutterstock.com]