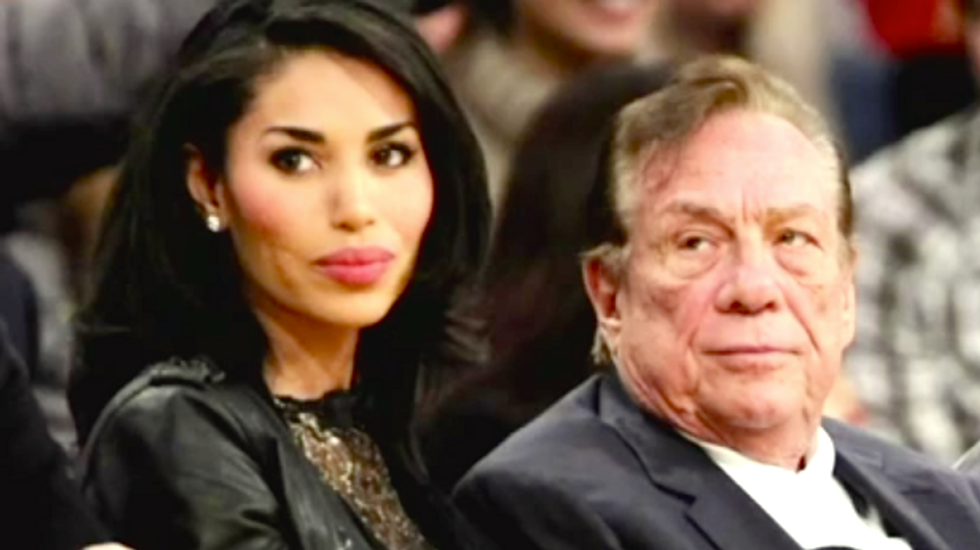 A Long Island, New York, man was arrested on Tuesday in connection with the weekend assault of V. Stiviano, the woman who recorded Los Angeles Clippers owner Donald Sterling making racist remarks that got him banned from the NBA.

Police said Dominick Diorio, 40, was arrested at his home in Old Bethpage, New York, and charged with assault as a hate crime, aggravated harassment, and other charges for punching Stiviano in the face outside the Gansevoort Hotel in New York on Sunday.

Stiviano is the woman who embattled Clippers owner Donald Sterling can be heard berating for associating with black people and urging her not to bring minorities with her to Clippers games on an audio tape posted online by TMZ.com.

Following the release of the tape, Sterling, 80, was banned for life by the National Basketball Association and fined $2.5 million.

Last week the NBA, where most of the players are black, said it had reached an agreement to sell the Clippers, though Sterling has mounted a legal challenge, suing the league for at least $1 billion.