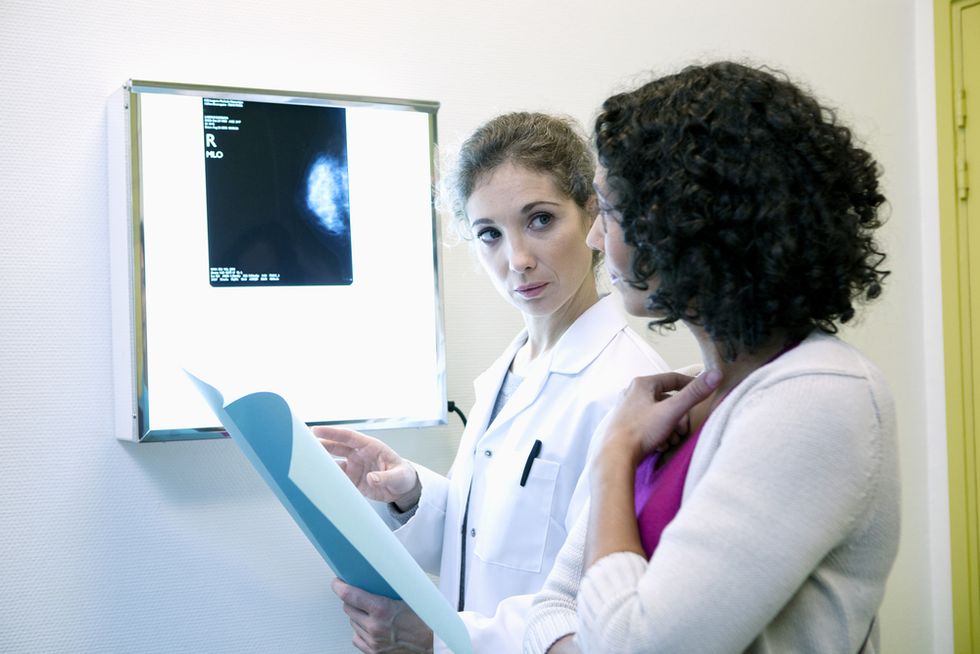 Multiple studies have shown that the type and number of moles a woman has may predict her likelihood of developing breast cancer. According to Reuters, researchers stress, however, that the presence of moles alone is not an indicator of a high cancer risk.

“This shouldn’t be a concern for women with moles, because we don’t think the relationship is causal,” said the lead author of one study, Marina Kvaskoff, to Reuters.

Kvaskoff is a researcher at INSELM, France's Institut national de la santé et de la recherche médicale, or the National Institute of Health and Medical Research. The institute studied the skin of women who have breast cancer and found that moles, also called nevi, may share hormonal and genetic causes with breast cancer tumors.

A risk marker is a genetic trait or variation that indicates a person could be at greater risk for certain kinds of cancer, whereas a risk factor is a behavior or trait that could cause or contribute to cancer. It is a relation of correlation, not causation.

Smoking and occupational chemical exposures are risk factors for cancer, whereas some research has shown that creases in the earlobes are risk markers for arterial disease. The creases do not cause the arteries around the heart to become diseased, they simply share the same chromosomal origins.

INSELM studied 89,902 French women between 1990 and 2008 and found that women with a high incidence of moles were 13 percent more likely to develop breast cancer.

A U.S. study at Brigham and Women’s Hospital in Boston was led by scientist Mingfeng Zhang between 1986 and 2010. The study examined the moles on the arms of 74,523 women who worked in nursing.

Women with no moles had roughly an 8.5 percent chance of developing breast cancer, whereas women with 15 or more moles on their left arms had an 11.4 chances of the disease.

Zhang's team studied post-menopausal women and found that women with more than six moles also had higher levels of estrogen and testosterone in their blood. After they adjusted for the differing hormone levels, the correlation disappeared.

Further research is needed. The studies -- which will be published in the Public Library of Science (PLOS) -- only tracked white women. Furthermore, the French study did not record the women's levels of testosterone and estrogen like the U.S. study.

“Women in general should always get their moles checked for this reason,” she told Reuters. “But it shouldn’t be a concern with breast cancer.”

[image of woman getting mammogram results via Shutterstock.com]