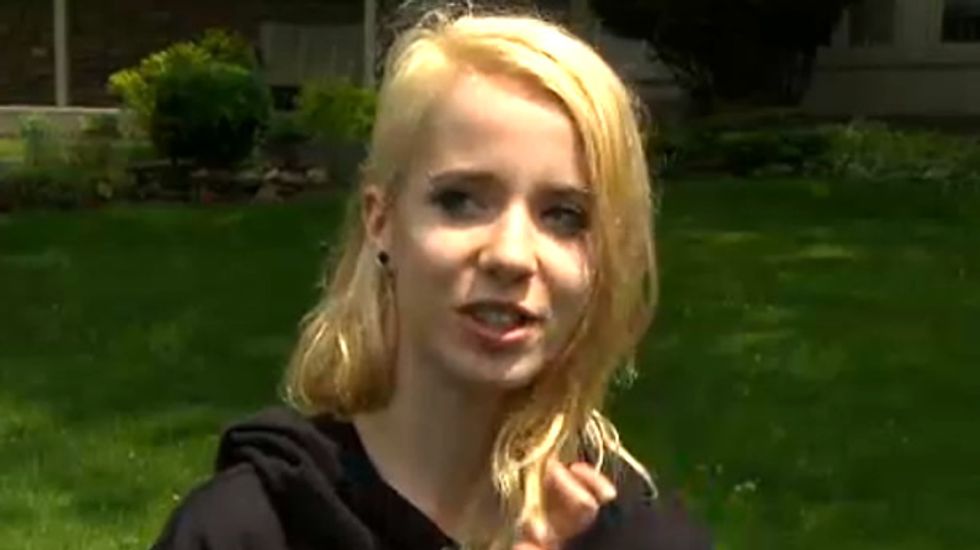 An eleventh grade student in Canada is accusing school officials of shaming teenage girls by adhering to a double-standard for how they and their male counterparts dress.

Last week, Lindsey Stocker and her female classmates at Beaconsfield High School were asked to stand up in front of the class so school officials could examine their outfits. If their shorts or skirt did not reach their fingertips, they were deemed to be in violation of the school's dress code.

Stocker told CBC News that "when I started explaining why I didn’t understand that rule, they didn’t really want to hear anything I had to say, and it was in front of my entire class. I felt very attacked."

She then added that the rules only applied to females. "They should approach it in a way that doesn’t target girls at least — for starters — because that’s the first problem. They don’t really care what guys wear," she said.

So she exited the classroom and printed out posters that read: "Don’t humiliate her because she is wearing shorts. It’s hot outside. Instead of shaming girls for their bodies, teach boys that girls are not sexual objects." She then plastered them all over the school, but they were removed shortly thereafter -- as was she, as the school suspended her for violating the dress code policy.

A classmate, Lauren Paquay, protested Stocker's suspension by showing up to school wearing shorts. "People are being judged for the way they dress, they have to change because boys look at them. The boys should be the ones who have to learn to treat women better and look at them in a different light," she told CBC News.

Watch an interview Stocker gave to CBC News below.