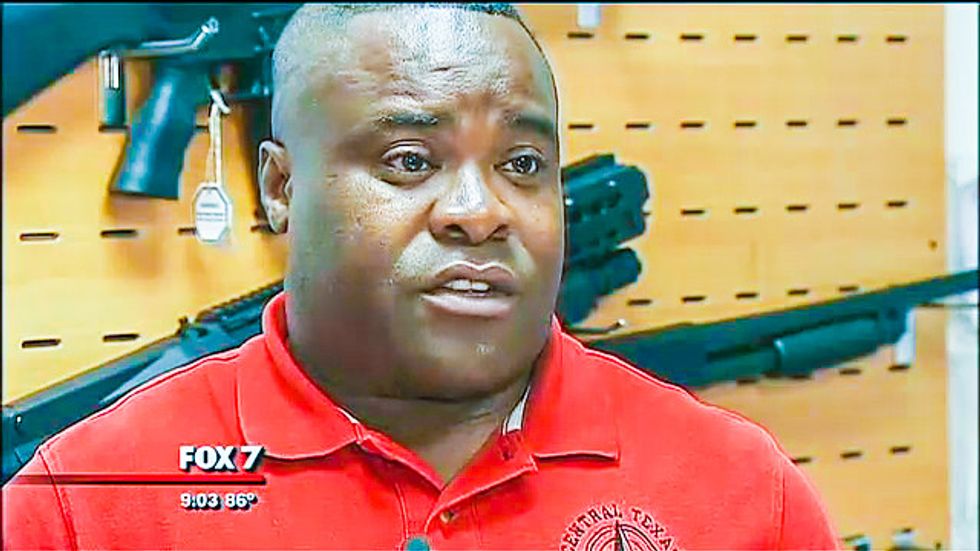 A Texas gun store owner has responding to a fatal shooting at a weekend gun show by saying it was "no different" than dying while not wearing a seatbelt.

According to KTBC, Cedar Park Police said that they found 59-year-old John Glover Warden with a single gunshot wound in the parking lot of the Austin Premiere Gun Show on Saturday.

Officers said that Warden's son-in-law, Jared Priddy, was 'manipulating' a firearm, and reloading it in his car when the gun accidentally discharged.

Warden was taken to St. David's Round Rock Medical Center, where he later died.

Democratic consultant Jason Stanford told KTBC that the incident was further proof that gun laws needed to change. He said that he would like to see expanded background checks, including checks for gun show attendees.

"Some people say that guns don't kill people, the person pulling the trigger does," Stanford observed. "They can kill you a lot easier with a gun. And what we need is for gun owners to take it upon themselves to work with us to be safer on this. Because right now the status quo sure ain't working."

But Central Texas Gunworks owner Michael Cargill argued that the "nay-sayers" should not use this shooting as an example to push for gun control.

"This is not 'I told you so' this is not 'I gotcha,'" Cargill insisted. "This is no different than this little incident we saw a day or so ago where two kids were ejected from a vehicle because they weren't wearing a seatbelt. We don't blame the vehicle for that incident so we're not gonna blame the guns for this incident."

After the shooting on Saturday, Premiere Gun Shows rescheduled Sunday's event for August 2nd and 3rd. Premiere Gun Shows owner Tim Finucane told KXAN that nothing like this incident had ever happened in the show's 42-year history.

“It’s a tragic event,” he said. “Our thoughts and prayers are with the family.”

Cedar Park Police said that they did not believe that the shooting was intentional, but an investigation was ongoing.