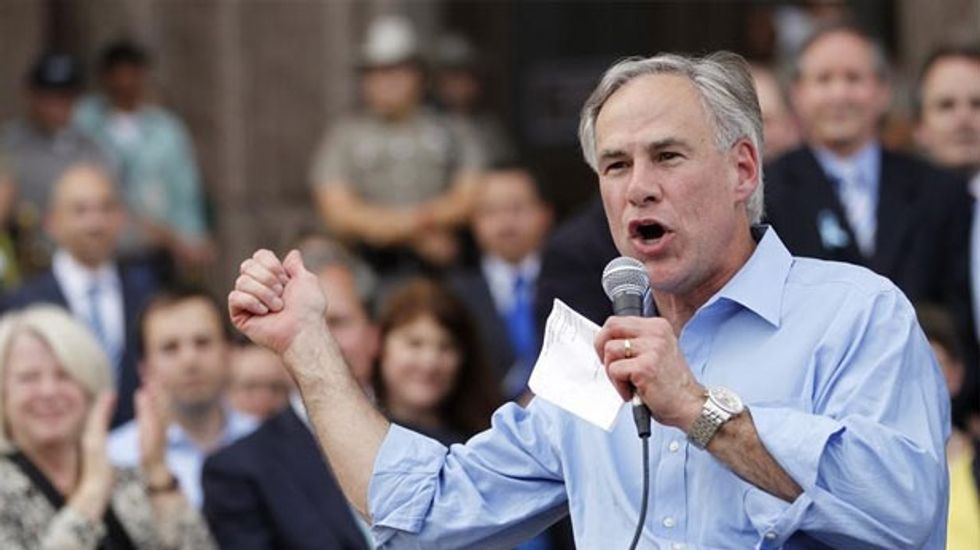 AUSTIN Texas (Reuters) - The front-runner for the Texas governor's race, Republican Greg Abbott, has kept a solid lead over Democratic challenger Wendy Davis in their bids to run the economically and politically powerful state, a poll released on Thursday said.

State Attorney General Abbott, 56, leads state Senator Davis by 12 percentage points, widening an 11-point lead he had in a similar survey taken in February, the poll by the University of Texas and the Texas Tribune found.

Republicans have won every statewide election in Texas since 1994, helping turn the state with a $1.4 trillion a year annual economy into an incubator for conservative policies that are often copied by other states.

But demographics have been shifting. Hispanics, who tend to vote for Democrats, are poised to be the majority group in the state by 2030 under current trends.

Davis, 51 gained national attention last year when she donned pink running shoes and spoke for 10 hours in a filibuster against new abortion restrictions. This week, she replaced her campaign manager in what analysts saw as a bid to energize a stagnant push for the governor's mansion.

“Abbott remains strong and this, in a lot of ways, confirms the strategy that we’ve seen from his camp: Leave well enough alone,” said Jim Henson, director of the Texas Politics Project at the University of Texas at Austin and co-director of the UT/TT Poll.

“The Davis campaign seems to be not able to reverse the trend.”

At its convention last week, the conservative Texas Republican Party turned further to the right, adopting a hard-line position backed by the Tea Party branch calling for a crackdown on illegal immigrants and calling homosexuality a threat to society.

Analysts said the positions may solidify the party's base of older white voters in the November general election but could cause long-term damage as demographics shift and more Texas voters see the positions as out of touch with their concerns.

The poll was conducted from May 30 to June 8 among 1,200 adults and had a margin of error of plus or minus 2.83 percentage points.